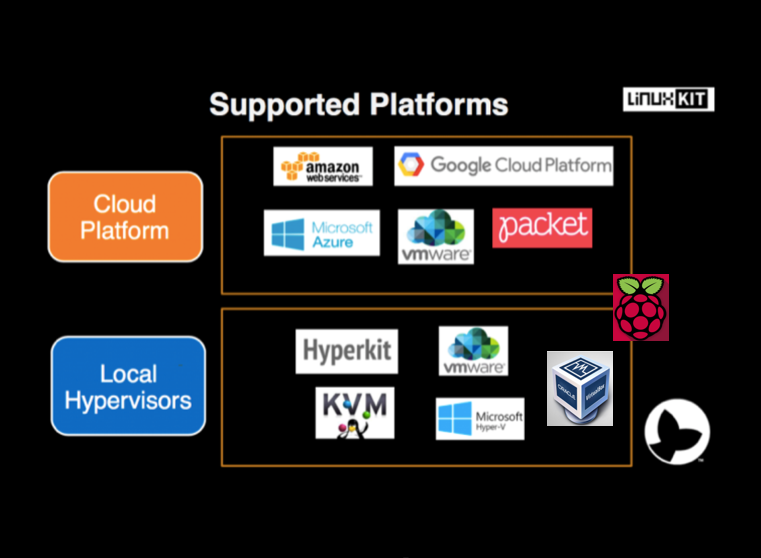 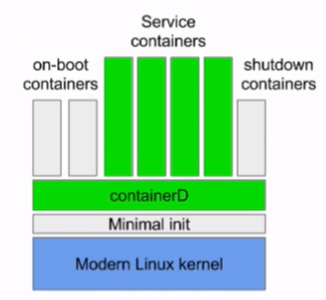 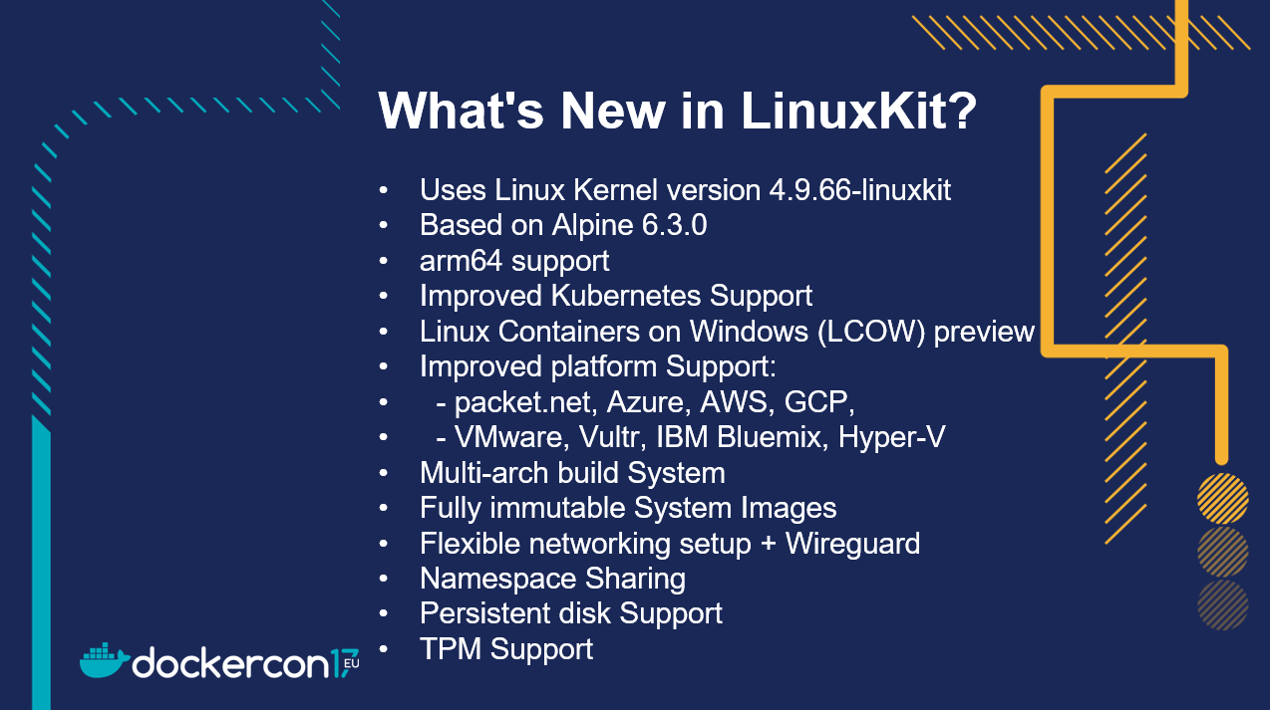 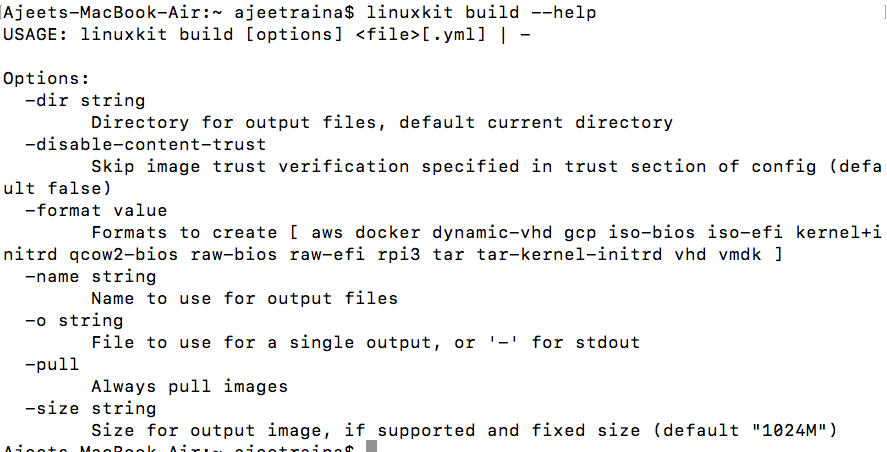 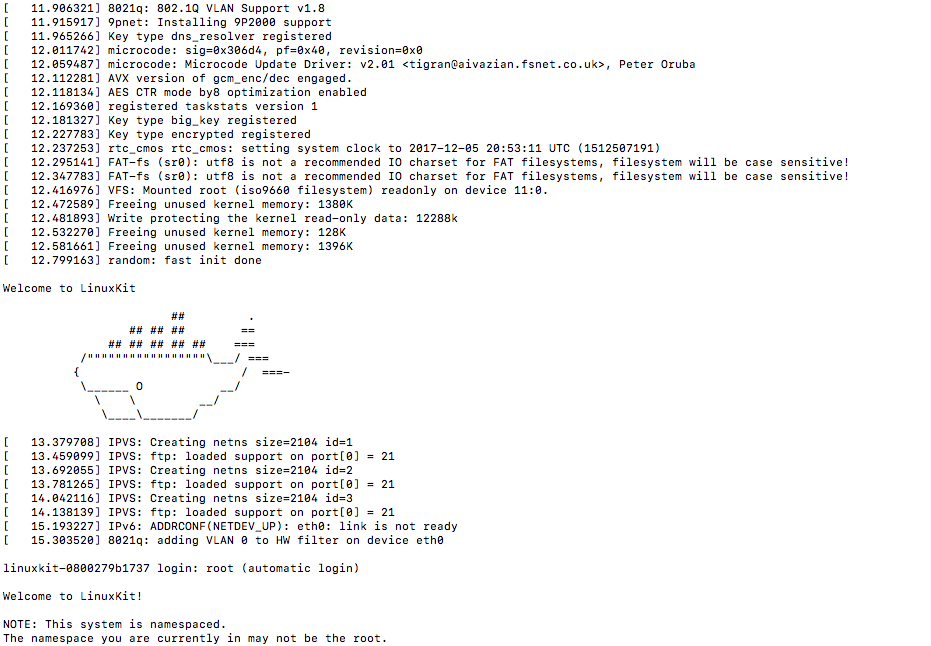 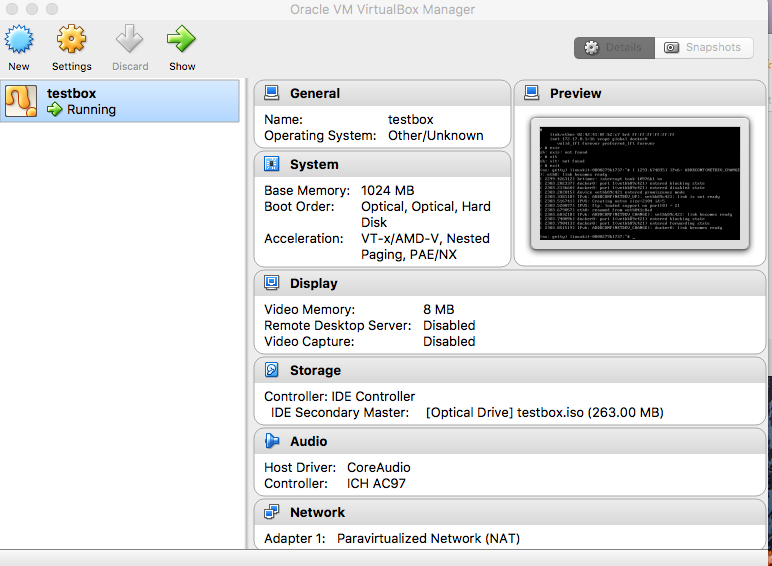 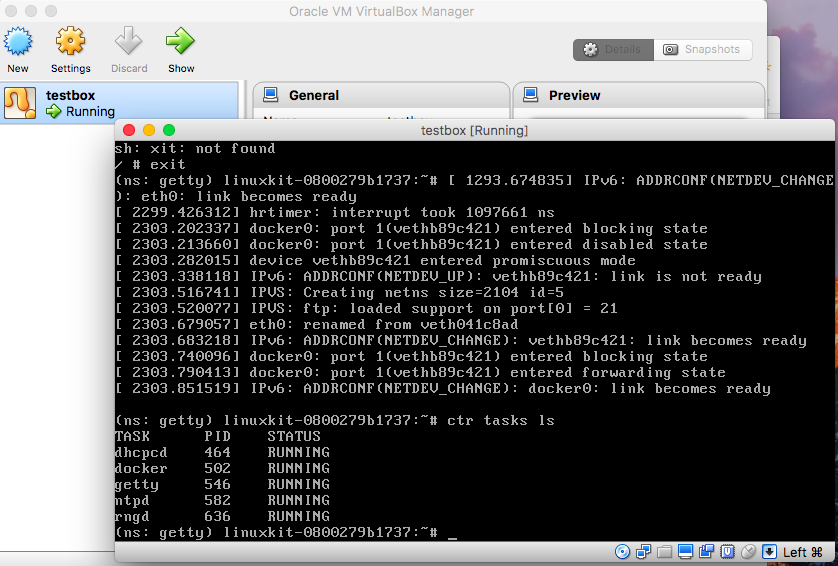 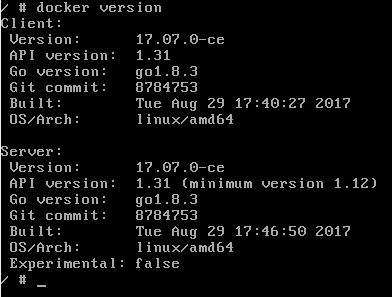 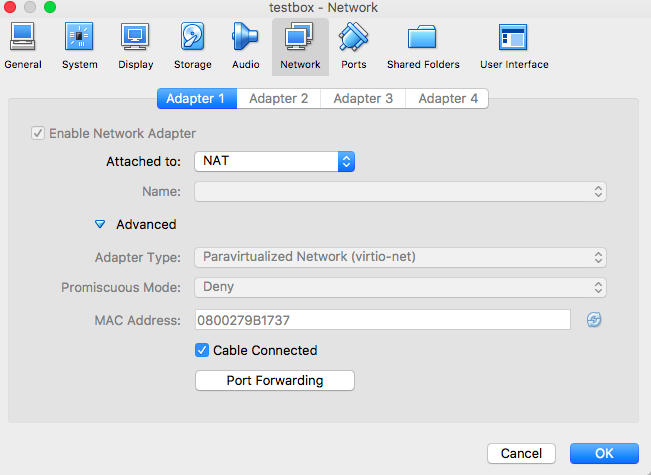 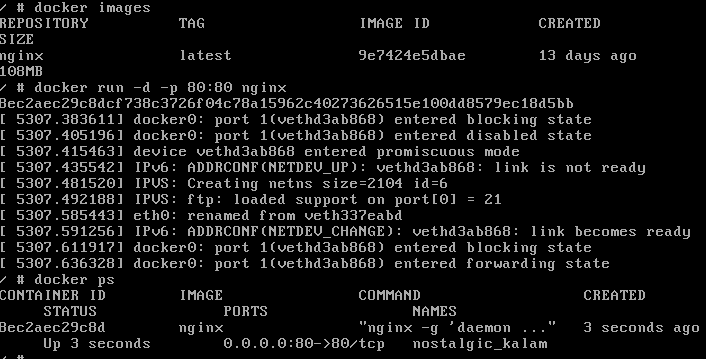 In my last blog post, I showed how to get started with LinuxKit for Google Cloud Platform. LinuxKit is secure, lean and portable Linux Subsystem for the container movement and it is being built for various platforms which Docker runs on, for example – Azure, VMware ESXi, AWS and bare metal system. It went open source just 10 days back and you can see that the project has received over 2300+ stars in just 1 week time. That’s really appreciating figure. If you are completely new to LinuxKit, please refer my last blog post for understanding its basic concept. 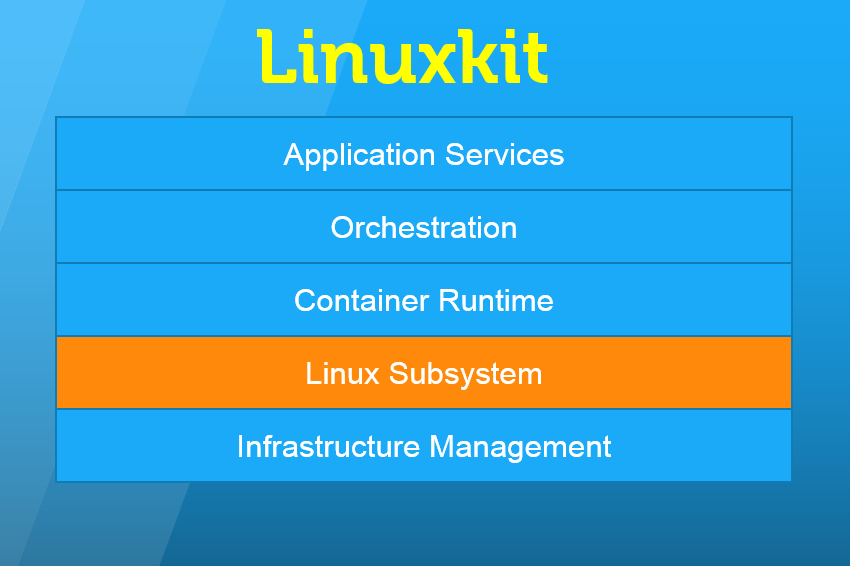 Under this blog post, I will show you how LinuxKit OS can be run over VirtualBox running on macOS Sierra. Though the entire steps can be automated( this automation script works well for Ubuntu OS and can be tweaked for macOS), I have put it in simpler way.

Ensure that  the following list of software are installed on your macOS machine:

Once you have installed the above  packages, verify that they are all up and running. Ensure that Docker is up and running. Let us begin by cloning the LinuxKit repository. Open up the terminal and type the below command:

This build up two essential tools for us – moby and linuxkit.

Next, we need to copy these tools to our PATH as shown below:

Now it’s time to use Moby to build the image:

Hence, moby builds up VMware.vmdk file. To push it to VirtualBox, one can think of various option. If you are completely new to VirtualBox, all you can do is import the VMDK file directly as shown below: 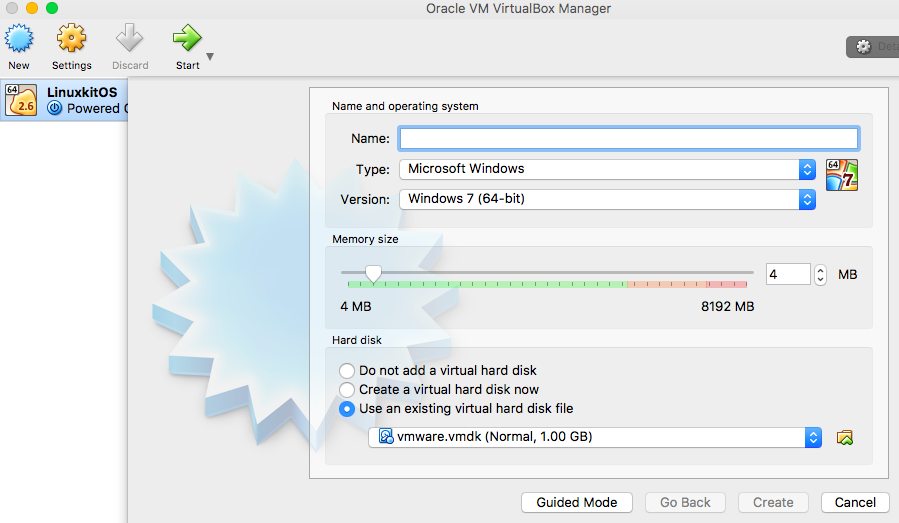 Type your preferable name under VM name(I named it as LinuxKitOS) and select VMware.vmk from your macOS to import it into VirtualBox. Click on “Create”.

Next, you can start the VM by clicking on “Start” button. 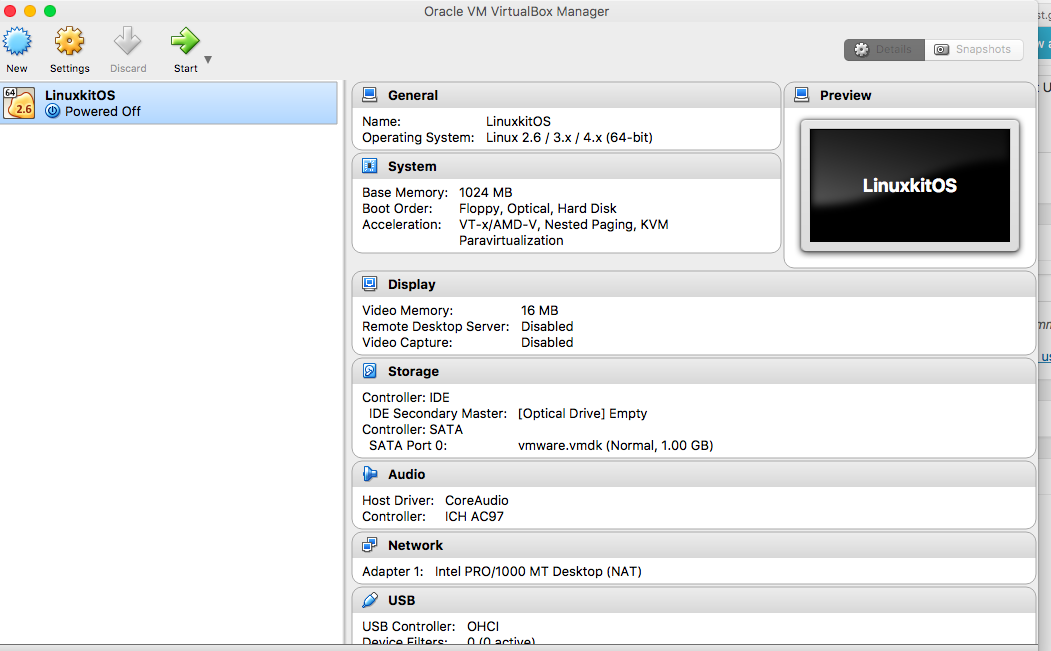 It hardly takes few seconds for LinuxKit OS to come up. Once up, you can run runc command to see the list of services up and running. 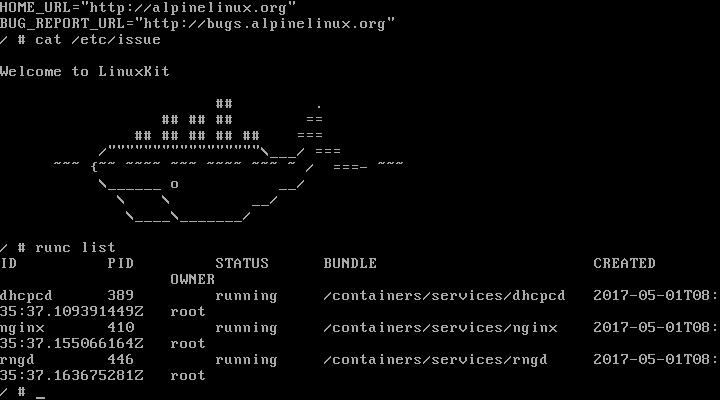 The other option is to covert .VMDK into .VDI format and registering the VM using VBoxManage command as shown below:

The above command converts VMDK to VDI format which is now ready to be imported into VirtualBox.

Though LinuxKit comes with QEMU tool, if you still want to use qemu-img  (2 step process) to extract only virtual disk and not complete VM, this is a way to do it as shown below:

Run the below command to convert VMDK to VDI using qemu:

Still I would love to see LinuxKit providing the direct way of importing it into VirtualBox , the similar way how it pushes to Google Cloud Platform. LinuxKit for AWS and Azure is under progress. In the future blog post, I will try to cover how LinuxKit works on other platform like Azure and AWS.

Did you find this blog helpful? Are you planning to explore LinuxKit? Feel free to share your experience. Get in touch @ajeetsraina.