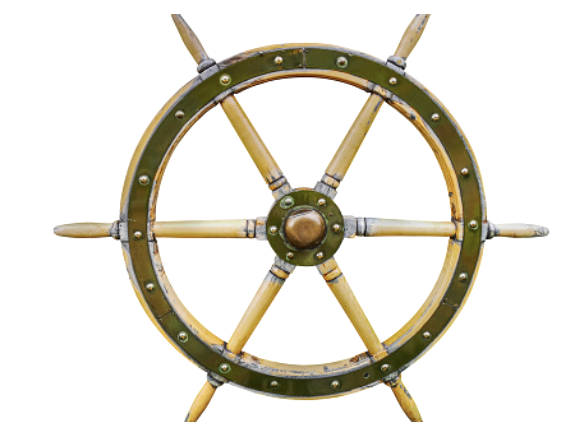 How can you ensure that there are 3 Pods instances which are always available and running at one point in time?

ReplicaSets are Kubernetes controllers that are used to maintain the number and running state of pods. It uses labels to select pods that it should be managing. A pod must labeled with a matching label to the ReplicaSet selector, and it must not be already owned by another controller so that the ReplicaSet can acquire it. Pods can be isolated from a ReplicaSet by simply changing their labels so that they no longer match the ReplicaSet’s selector. ReplicaSets can be deleted with or without deleting their dependent pods.

A Kubernetes pod serves as a deployment unit for the cluster. It may contain one or more containers. However, containers (and accordingly, pods) are short-lived entities. A container hosting a PHP application, for example may experience an unhandled code exception causing the process to fail, effectively crashing the container. Of course, the perfect solution for such a case is to refactor the code to properly handle exceptions. But, till that happens we need to keep the application running and the business going. In other words, we need to restart the pod whenever it fails. In parallel, developers are monitoring, investigating and fixing any errors that make it crash. At some point, a new version of the pod is deployed, monitored and maintained. It’s an ongoing process that is part of the DevOps practice. Another requirement is to keep a predefined number of pods running. If more pods are up, the additional ones are terminated. Similarly, of one or more pods failed, new pods are activated until the desired count is reached.

A Kubernetes ReplicaSet resource was designed to address both of those requirements. It creates and maintains a specific number of similar pods (replicas). Under this lab, we’ll discuss how we can define a ReplicaSet and what are the different options that can be used for fine-tuning it.

How Does ReplicaSet Manage Pods?

To be able to create new pods if necessary, the ReplicaSet definition includes a template part containing the definition for new pods.

A Peep into the ReplicaSet definition file

Let’s examine the definition file that was used to create our ReplicaSet:

Is Our ReplicaSet the Owner of Those Pods?

OK, so we do have four pods running, and our ReplicaSet reports that it is controlling four pods. In a busier environment, you may want to verify that a particular pod is actually managed by this ReplicaSet and not by another controller. By simply querying the pod, you can get this info:

The first part of the command will get all the pod information, which may be too verbose. Using grep with the -A flag (it takes a number and prints that number of lines after the match) will get us the required information as in the example:

Removing a Pod From a ReplicaSet

You can remove (not delete) a pod that is managed by a ReplicaSet by simply changing its label. Let’s isolate one of the pods created in our previous example:

Then, once the YAML file is opened, change the pod label to be role=isolated or anything different than role=web. In a few moments, run kubectl get pods. You will notice that we have five pods now. That’s because the ReplicaSet dutifully created a new pod to reach the desired number of four pods. The isolated one is still running, but it is no longer managed by the ReplicaSet.

Scaling the Replicas to 5

You can easily change the number of pods a particular ReplicaSet manages in one of two ways:

This will use the Horizontal Pod Autoscaler (HPA) with the ReplicaSet to increase the number of pods when the CPU load gets higher, but it should not exceed five pods. When the load decreases, it cannot have less than the number of pods specified before (two in our example).

The recommended practice is to always use the ReplicaSet’s template for creating and managing pods. However, because of the way ReplicaSets work, if you create a bare pod (not owned by any controller) with a label that matches the ReplicaSet selector, the controller will automatically adopt it. This has a number of undesirable consequences. Let’s have a quick lab to demonstrate them.

Deploy a pod by using a definition file like the following:

It looks a lot like the other pods, but it is using Apache (httpd) instead of Nginx for an image. Using kubectl, we can apply this definition like:

Give it a few moments for the image to get pulled and the container is spawned then run kubectl get pods. You should see an output that looks like the following:

The pod is being terminated by the ReplicaSet because, by adopting it, the controller has more pods than it was configured to handle. So, it is killing the excess one.

Let’s have a look at our pods status by running kubectl get pods. The output should resemble the following:

The situation now is that we’re having three pods running Nginx, and one pod running Apache (the httpd image). As far as the ReplicaSet is concerned, it is handling four pods (the desired number), and their labels match its selector. But what if the Apache pod went down?

Let’s do just that:

Now, let’s see how the ReplicaSet responded to this event:

The ReplicaSet is doing what is was programmed to: creating a new pod to reach the desired state using the template that was added in its definition. Obviously, it is creating a new Nginx container instead of the Apache one that was deleted.

So, although the ReplicaSet is supposed to maintain the state of the pods it manages, it failed to respawn the Apache web server. It replaced it with an Nginx one.

The bottom line: you should never create a pod with a label that matches the selector of a controller unless its template matches the pod definition. The more-encouraged procedure is to always use a controller like a ReplicaSet or, even better, a Deployment to create and maintain your pods.

Alternatively, you can also use the file that was used to create the resource (and possibly, other resource definitions as well) to delete all the resources defined in the file as follows:

The only way to get those pods managed by a ReplicaSet again is to create this ReplicaSet with the same selector and pod template as the previous one. If you need a different pod template, you should consider using a Deployment instead, which will handle replacing pods in a controlled way.