The critical component for any enterprise IT, either having multiple data centers or a hybrid cloud or multiple cloud providers, is the ability to migrate workloads from one environment to another, without causing application issues. With Docker Datacenter (CaaS in-a-box), you can abstract the infrastructure away from the application, allowing the application containers to be run anywhere and portable across any infrastructure, from on-premises datacenters to public clouds, across a vast array of network and storage providers.

As per Docker Inc. “Docker Datacenter is an integrated solution including open source and commercial software, the integrations between them, full Docker API support, validated configurations and commercial support for your Docker Datacenter environment. A pluggable architecture allows flexibility in compute, networking and storage providers used in your CaaS infrastructure without disrupting the application code. Enterprises can leverage existing technology investments with Docker Datacenter. The open APIs allow Docker Datacenter CaaS to easily integrate into your existing systems like LDAP/AD, monitoring, logging and more.”

Basically, Docker CaaS is an IT Ops managed and secured application environment of infrastructure and content that allows developers to build and deploy applications in a self service manner.
With Docker Datacenter, IT ops teams can store their IP and maintain their management plane on premises (datacenter or VPC). Its an equal treat for developers too – Developers are able to leverage trusted base content, build and ship applications freely as needed without worrying about altering the code to deploy in production.

Docker Datacenter comes with the following integrated components and newer capabilities shown below: 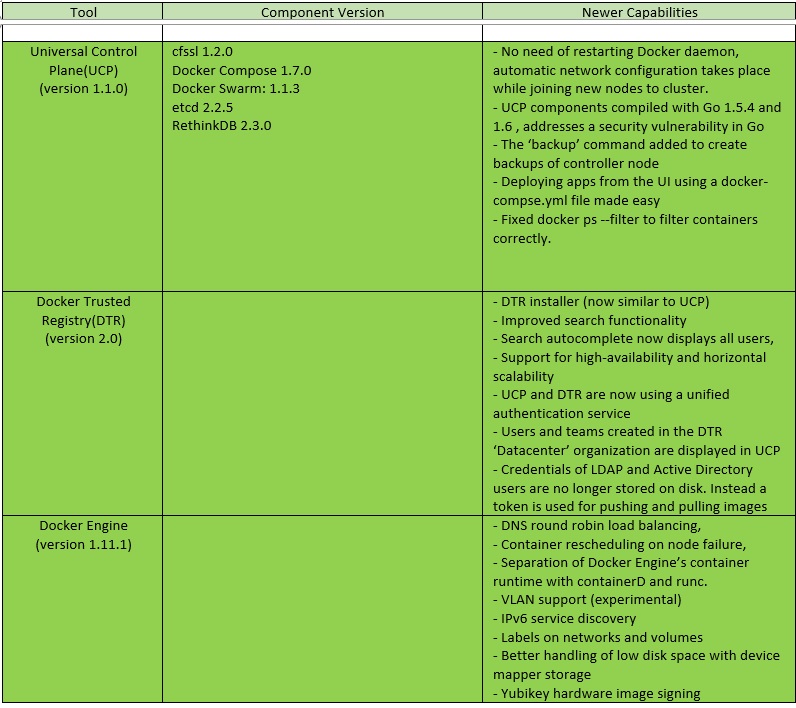 To get started with the implementation, I leveraged 3-node VMs (running on my ESXi 6.0) running Docker 1.11.1 version. 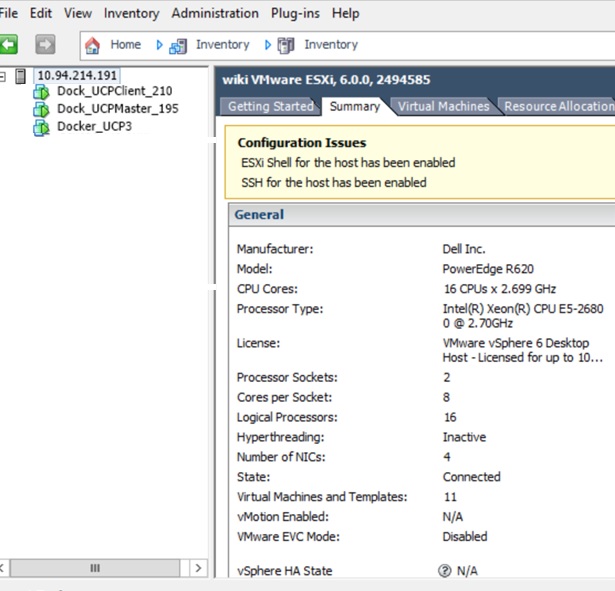 The whole idea is to install Universal Control Plane(UCP) on the master node  and start joining Docker Engines(Client Nodes) to the Swarm cluster with just a few commands in the CLI. Once up and running, use the intuitive web admin UI to configure your system settings, integrate to LDAP/AD, add users or connect your Trusted Registry. End users can also use the web UI to interact with applications, containers, networks, volumes and images as part of their development process.  At the end of this blog post, you will realize its just a matter of few commands which can help you setup DDC-In-A-Box.

I picked up Ubuntu 14.04 system for setting up UCP controller node. First install Docker 1.11.1 on this system using the below command:

My machine showed the below docker information:

Once this command is successful, you will need to add your user to “docker” group as shown below:

I had a user “dell” added to this group, hence it will show up: 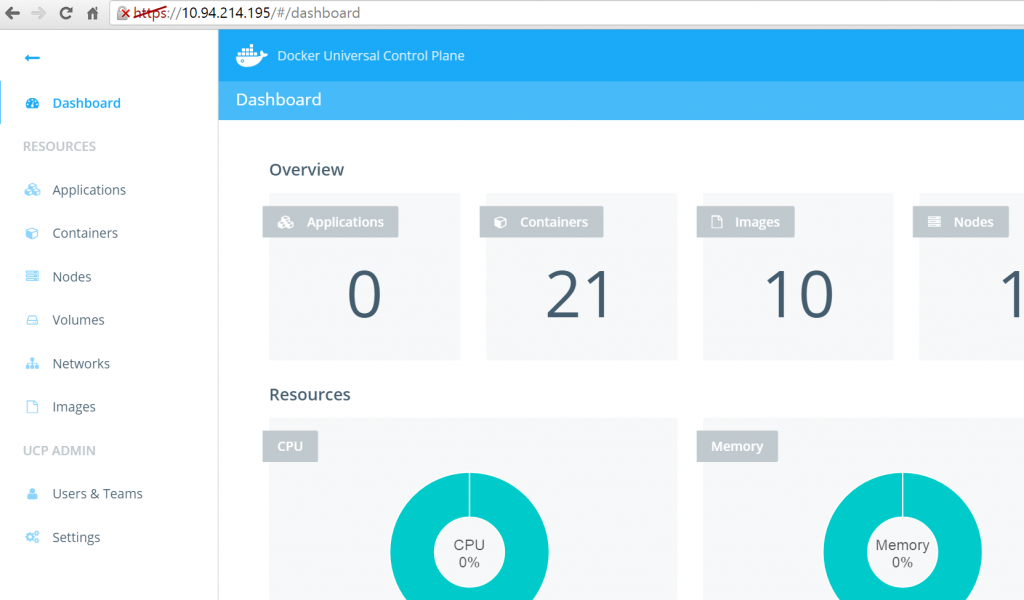 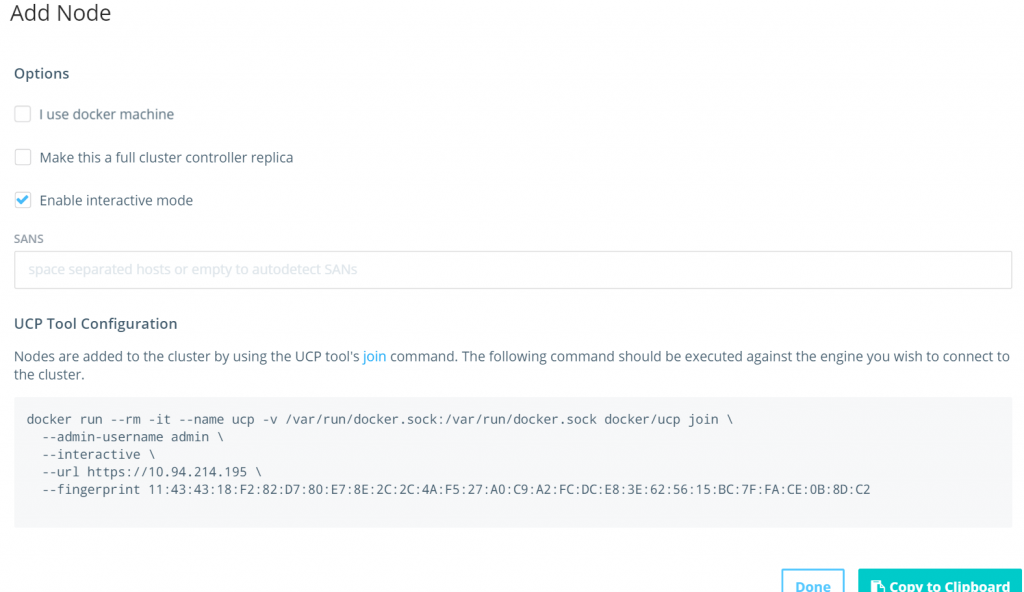 I assume Docker 1.11 is already installed on the UCP Client node to be attached to controller node.

Let’s run the below command to join it to the cluster:

This will end up with the following SUCCESS message:

INFO[0013] New configuration established.  Signalling the daemon to load it…

You can check that this is part of UCP cluster as show below:

Similarly, add the 3rd Node to the controller node and hence you will see it displayed under UCP Web UI:

If you try to see what containers are running on your client nodes:

How UCP handles the newly created container might be one curious question for anyone who deploy DDC for the first time. Let’s try creating a nagios container and see how DDC actually handles that.

Browse to Dashboard > Containers > Deploy and let’s create a new container called nagios_ajeetraina as shown below: 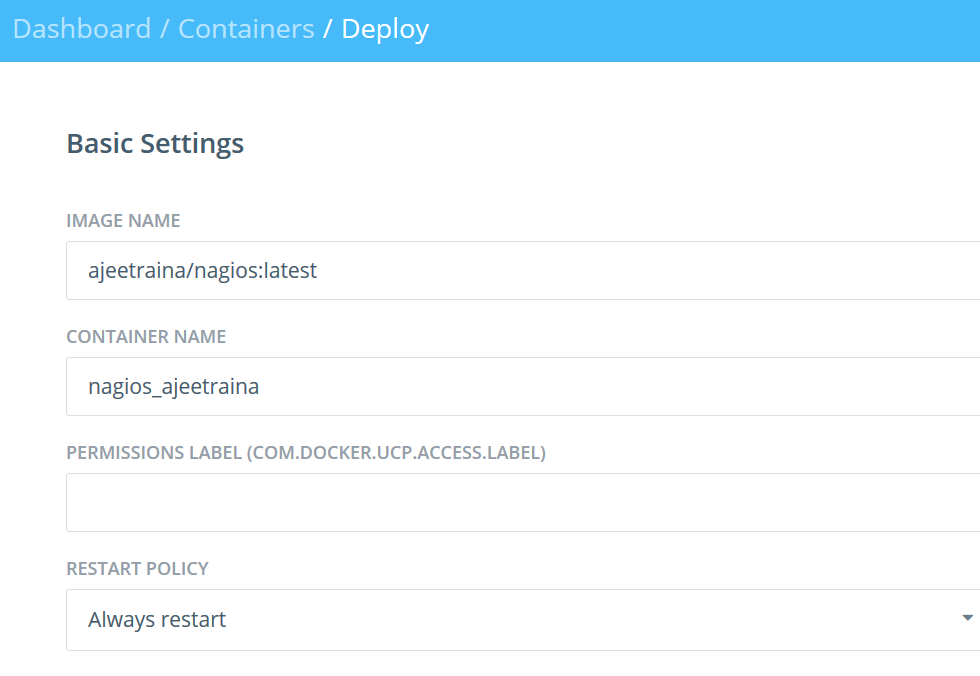 Ensure that the port 80 has been listed under the exposed ports as shown below:

As shown below, the nagios container is built from ajeetraina/nagios image from Dockerhub.

You can see the complete status details of Nagios container under Container section : 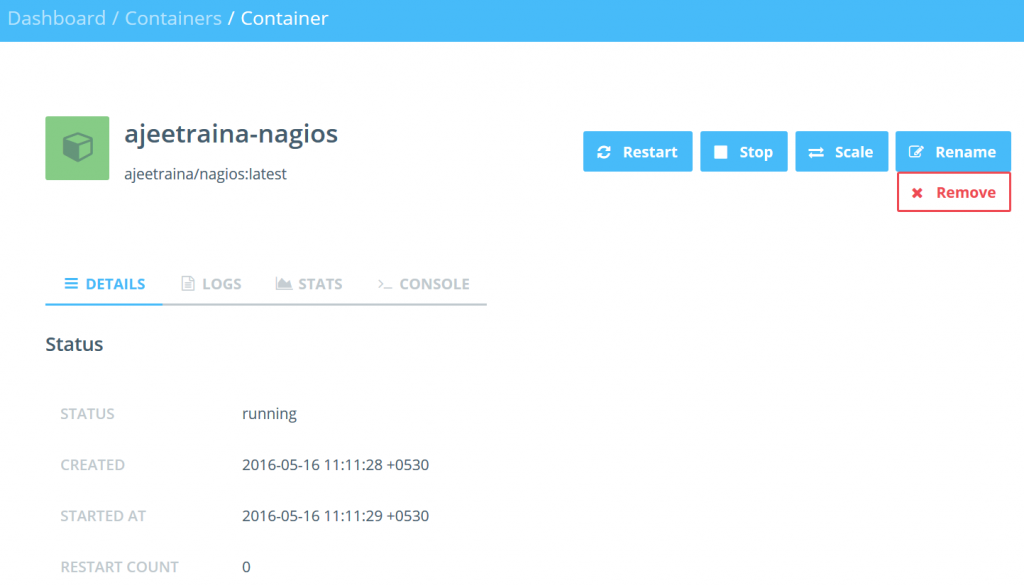 As you scroll down, the ports information is rightly shown: 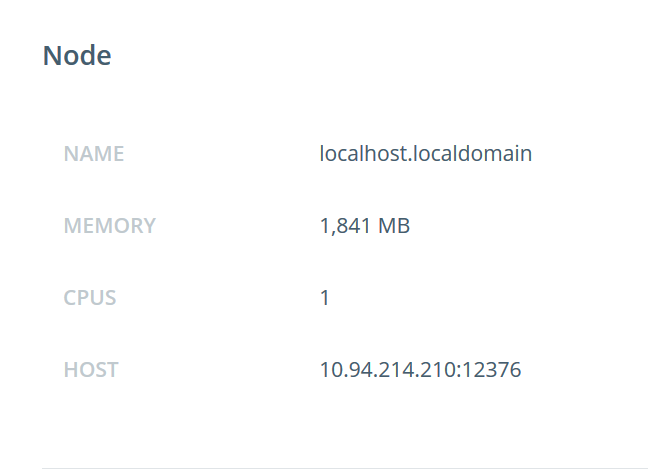 What if I start another instance of Nagios? Shall we try that?

I will create another container again under DDC Web UI. Here I have the snapshot of the container:

Let’s check what port it has been running on: 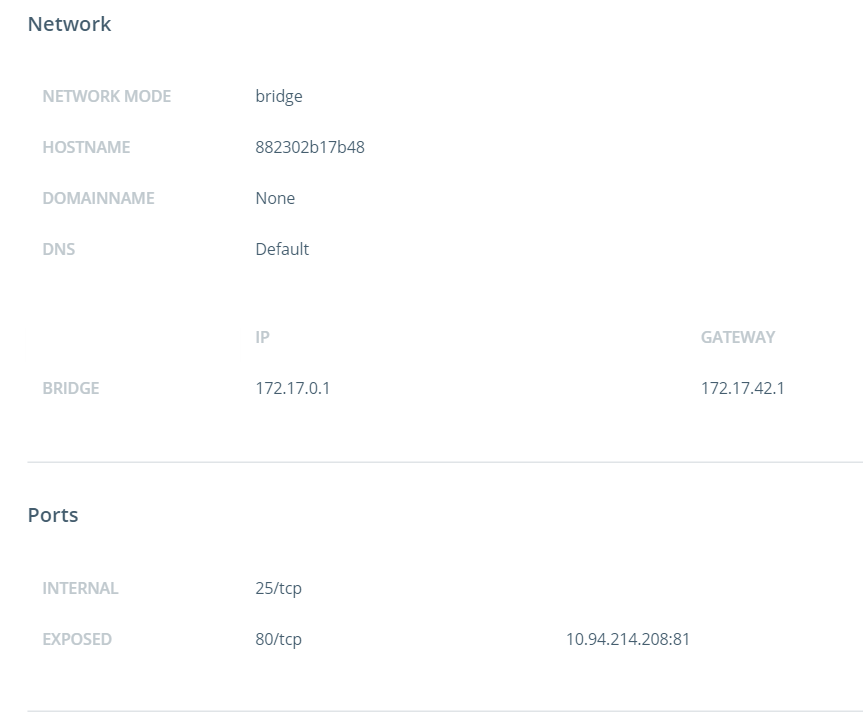 Well, I supplied port number: 80 while I created the new container. Let me see if Nagios is coming up fine or not.

This is just awesome !!! The UCP and Swarm together pushed the new Nagios container to the other client node which is now hosting the Nagios under the port:81 as expected.

Hence we saw that Docker Datacenter brings interesting features like UCP, Docker API and embeds Swarm integration which  allows the application portability based on resource availability and  makes “scale-out” architecture possible through an easy setup.