Running Automated Tasks with a CronJob over Kubernetes running on Docker Desktop 4.1.1 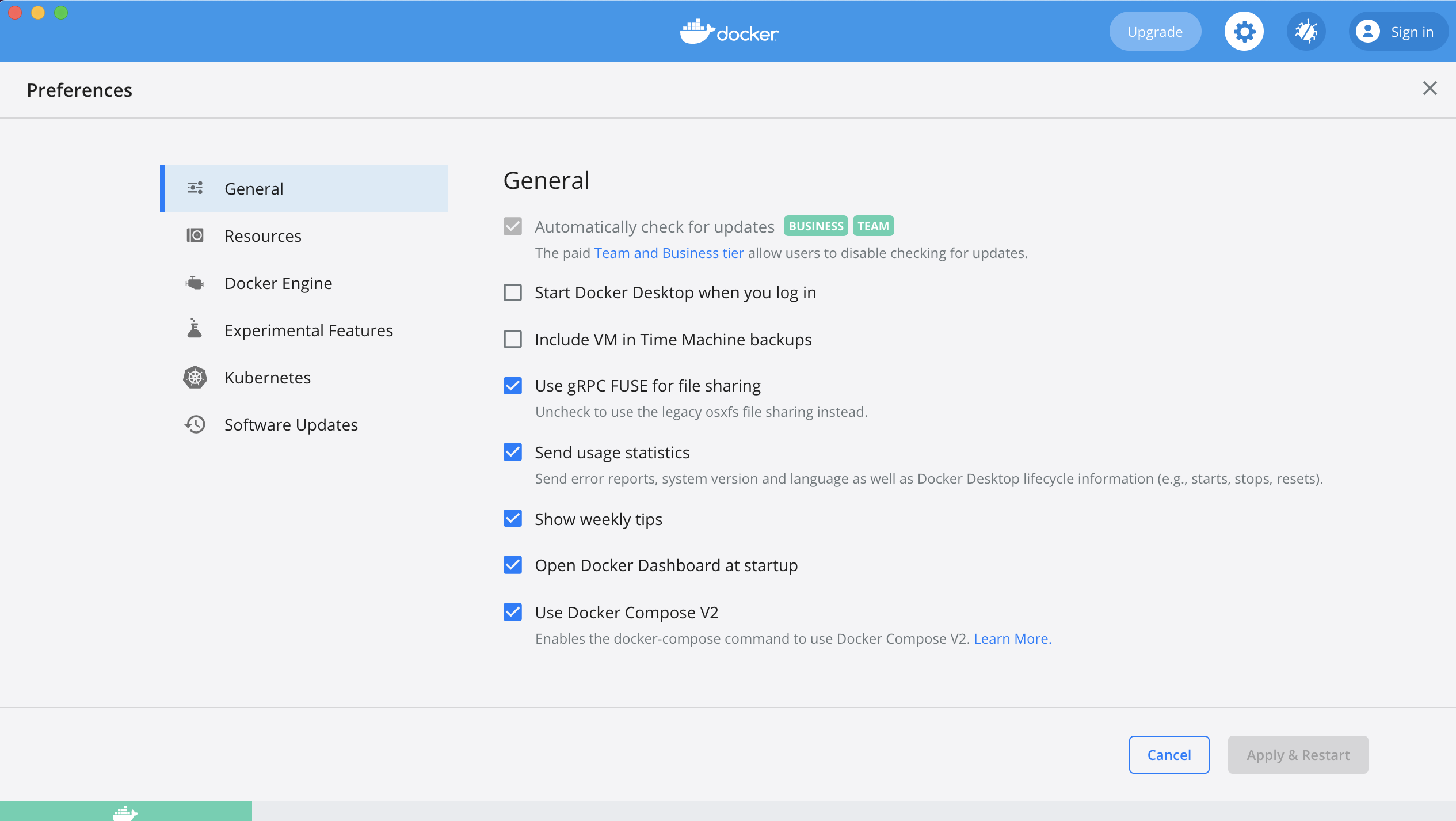 Docker Desktop 4.1.1 got released last week. This latest version support Kubernetes 1.21.5 that was made available recently by the Kubernetes community. There were couple of new features announced with this latest version of Kubernetes. For example, CronJobs graduated to the stable version for the first time, Immutable Secrets and ConfigMaps graduated (Secrets and ConfigMaps by default are mutable which is beneficial for pods that are able to consume changes but Mutating Secrets and ConfigMaps can also cause problems if a bad configuration is pushed for pods that use them) with this latest release, IPv4/IPv6 dual-stack support was introduced (dual-stack support in Kubernetes means that pods, services, and nodes can get IPv4 addresses and IPv6 addresses. In Kubernetes 1.21 dual-stack networking has graduated from alpha to beta, and is now enabled by default.) etc. You can find the list of all the new features introduced under this link.

Docker Desktop is FREE for personal use

Yes, you read it correct. Docker Desktop remains free for small businesses (fewer than 250 employees AND less than $10 million in annual revenue), personal use, education, and non-commercial open source projects. The existing Docker Free subscription has been renamed Docker Personal. No changes to Docker Engine or any other upstream open source Docker or Moby project.

CronJobs was promoted to general availability in Kubernetes v1.21 for the first time. Older Kubernetes versions do not support the batch/v1 CronJob API. CronJobs are meant for performing regular scheduled actions such as backups, report generation, and so on. Each of those tasks should be configured to recur indefinitely (for example: once a day / week / month); you can define the point in time within that interval when the job should start.

To test-drive CronJob feature of Kubernetes, let us quickly leverage Docker Desktop. You can refer this link to download Docker Desktop for Mac. Once you install Docker Desktop, go to Preference tab as shown in the image. 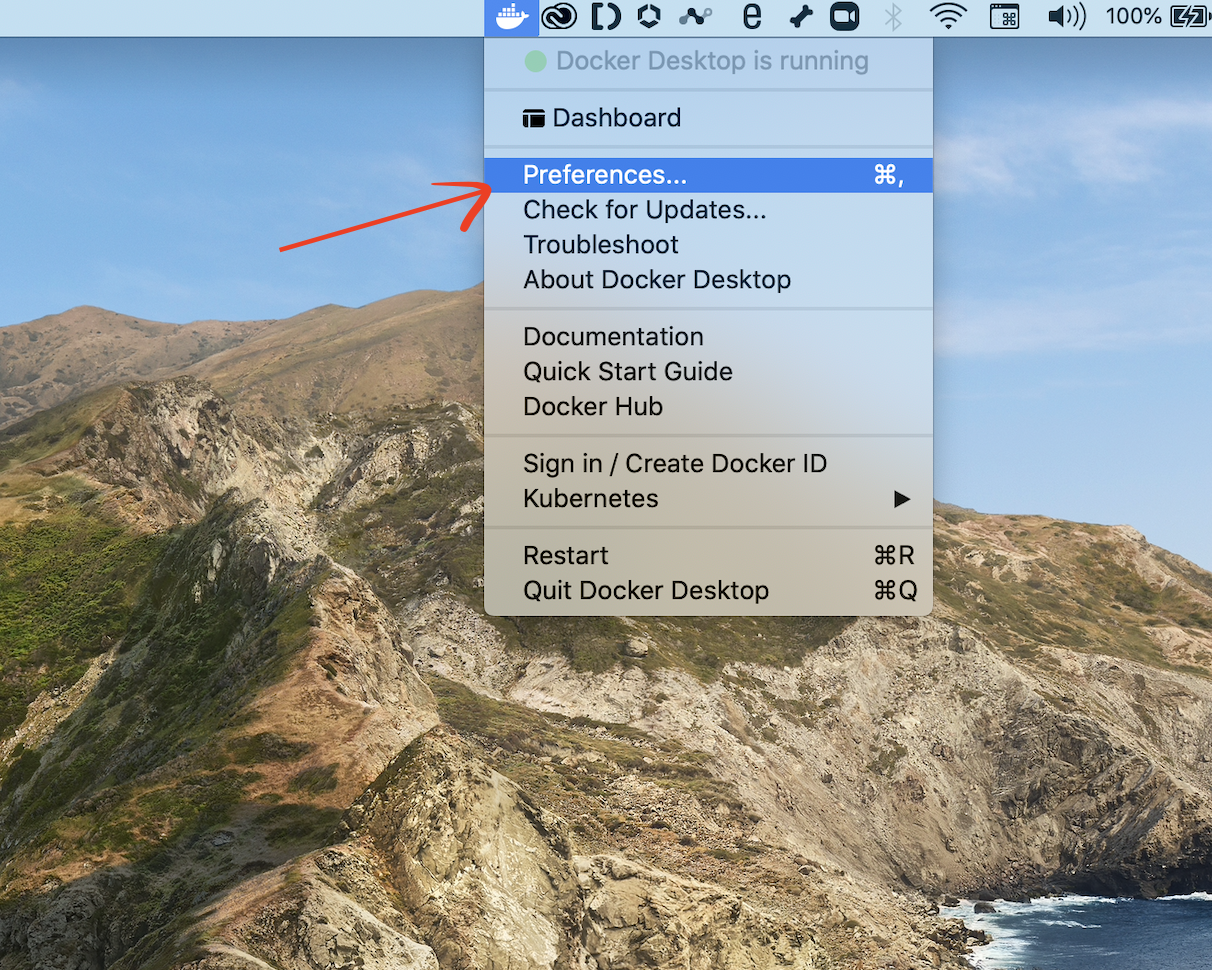 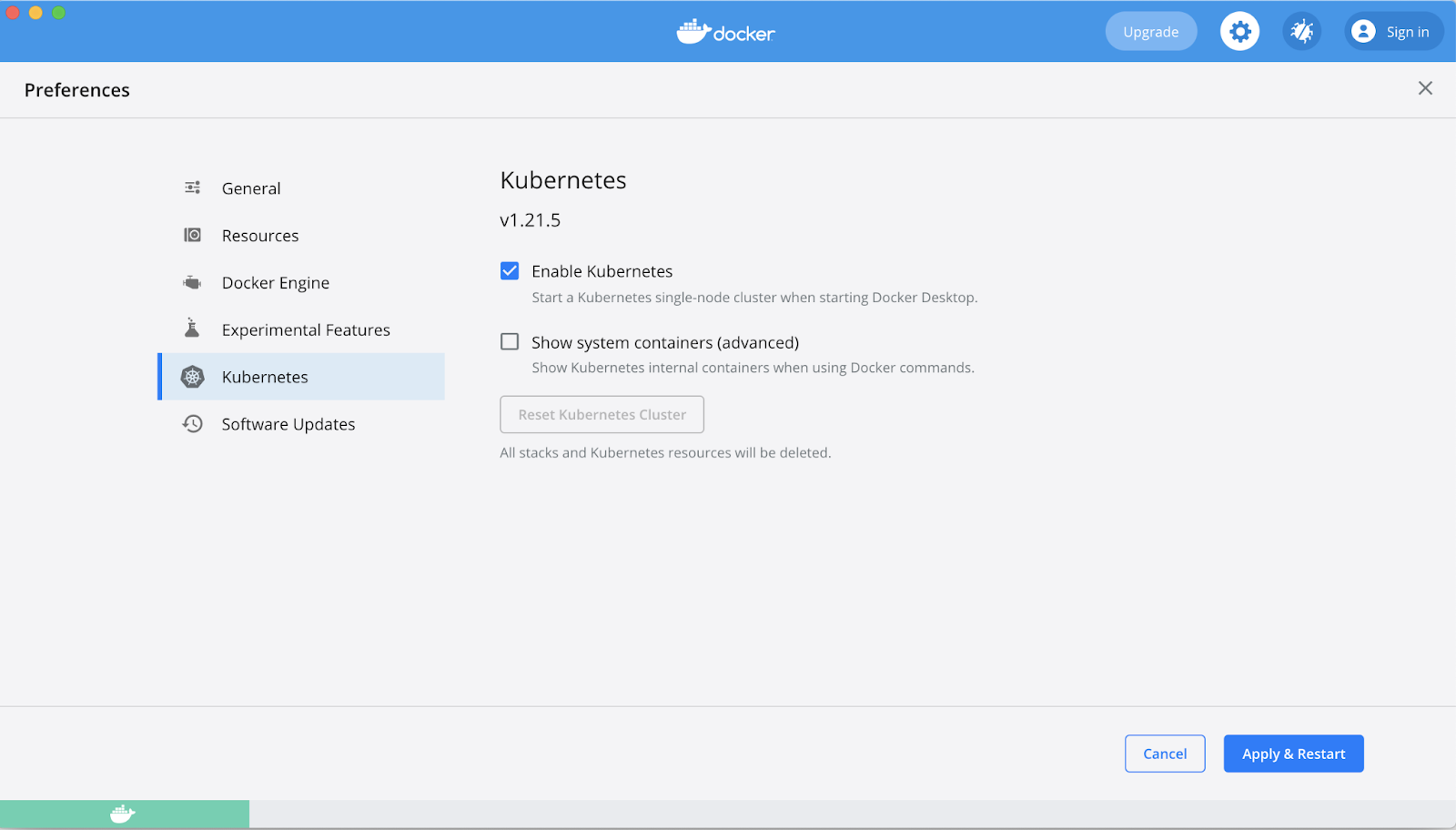 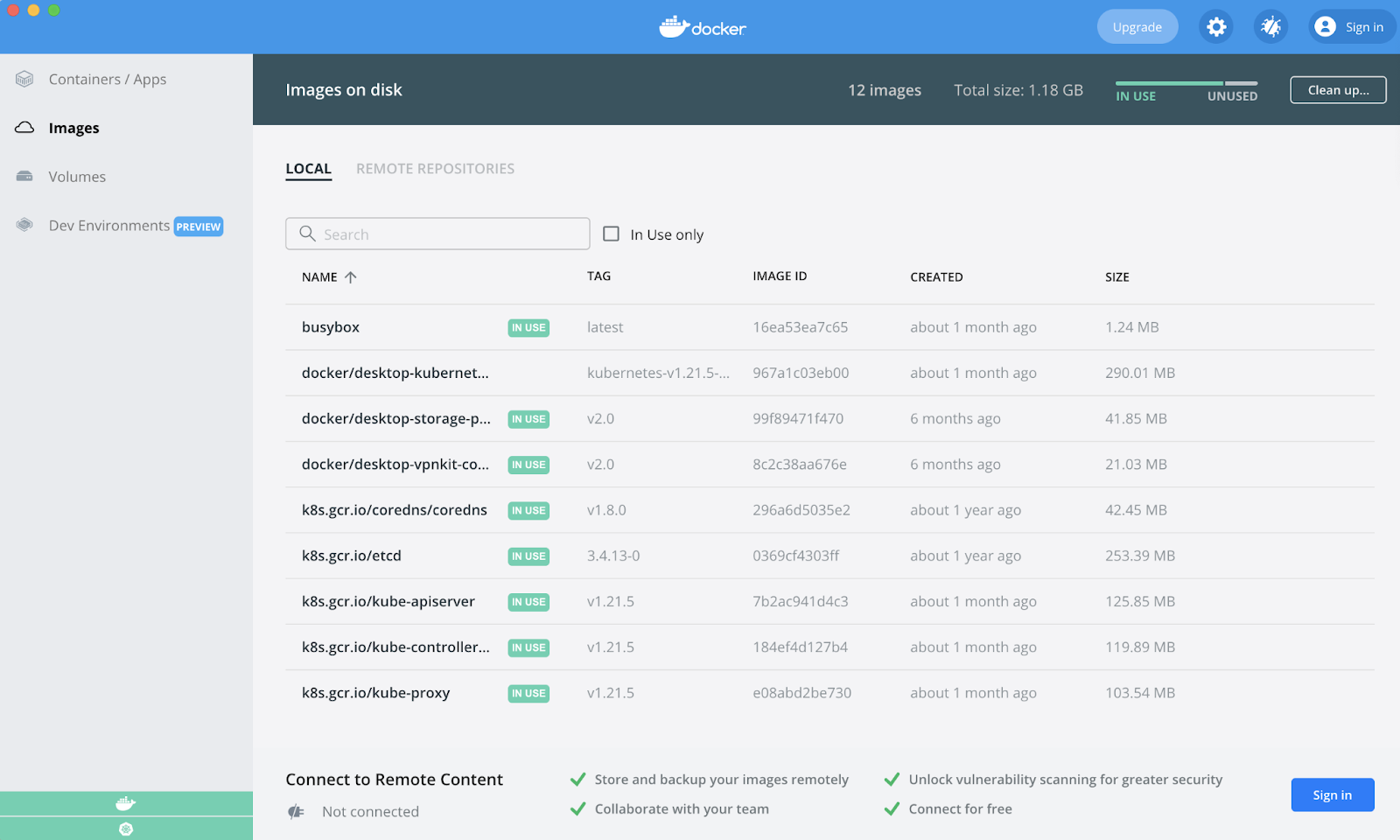 CronJobs (previously ScheduledJobs), is used primarily for performing regular scheduled actions such as backups, report generation, and so on, has been a beta feature since Kubernetes 1.8! With 1.21, we get to finally see this widely used API graduate to stable. A CronJob creates Jobs on a repeating schedule. One CronJob object is like one line of a crontab (cron table) file. It runs a job periodically on a given schedule, written in Cron format. In addition, the CronJob schedule supports timezone handling, you can specify the timezone by adding “CRON_TZ=” at the beginning of the CronJob schedule, and it is recommended to always set CRON_TZ.

Most often, I use Cronitor – a quick and simple editor for cron schedule expressions by Cronitor.

Let us try to write a CronJob manifest that prints the current time and a hello message every minute:

Create a file called crontest.yaml and add the below content:

You can further fetch the status over Docker Desktop Dashboard UI too as shown below: 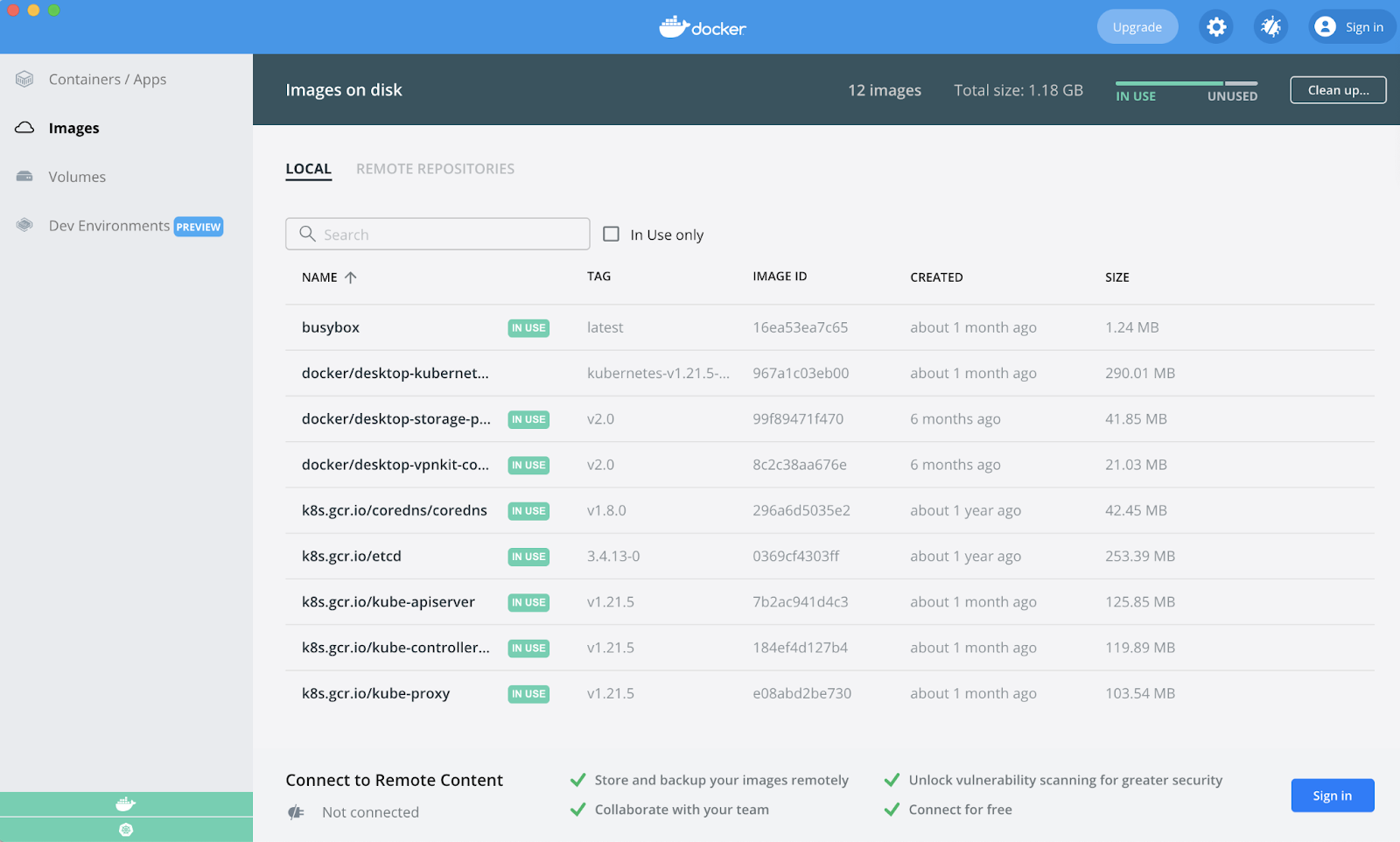 As you can see from the results of the command, the cron job has not scheduled or run any jobs yet. Watch for the job to be created in around one minute:

Now you’ve seen one running job scheduled by the “crontesting” cron job. You can stop watching the job and view the cron job again to see that it scheduled the job:

You should see that the cron job crontesting successfully scheduled a job at the time specified in LAST SCHEDULE. There are currently 0 active jobs, meaning that the job has completed or failed.

When you don’t need a cron job any more, delete it with kubectl delete cronjob <cronjob name>:

Ajeet Raina Follow I am a Docker Captain, ARM Innovator & Docker Bangalore Community Leader. I am a maintainer of Collabnix blogging site. I work for Redis and a primary maintainer of https://developer.redis.com. I run Collabnix Community Slack with over 6500+ audience . We have built a popular projects like Docker Labs, KubeLabs, KubeTools and DockerTools. You can follow me on Twitter(@ajeetsraina) & GitHub(@ajeetraina)
« How to setup GPS Module with Raspberry Pi and perform Google Map Geo-Location Tracking in a Real-Time
5 Best Redis Tutorials and Free Resources for all Levels »