Developers love Docker. Docker is a suite of software development tools for creating, sharing and running containers. Developers use Docker to accelerate how they build, share, and run modern applications. This repository was built with a purpose. It is being used by Collabnix community internally to target the most popular developer tools and technique and coming up with the best practices around these tools.

Have Questions? Join us over Slack and get chance to be a part of 6700+ DevOps enthusiasts. 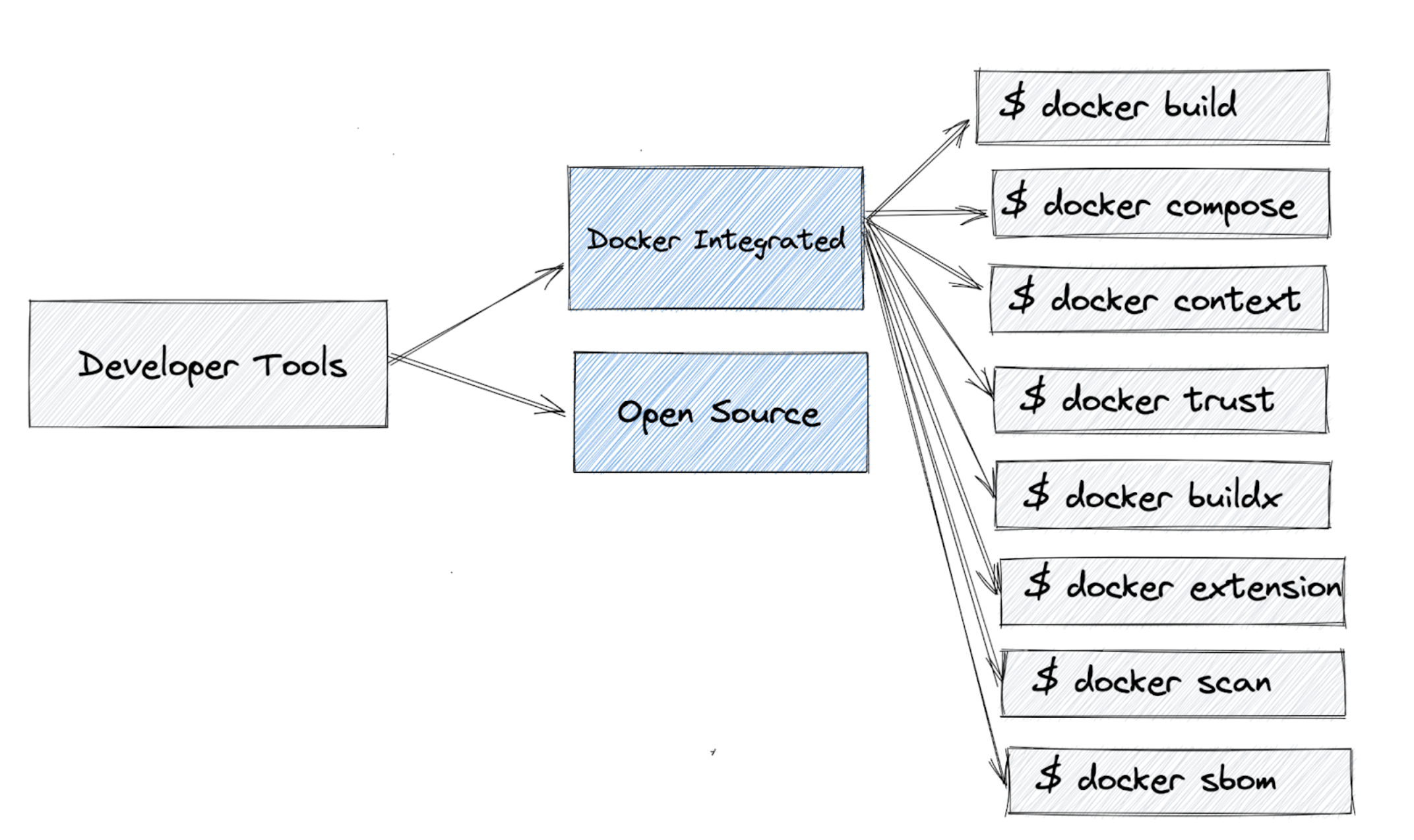 Minicon – Minimization of the filesystem for containers

Watchtower – A process for automating Docker container base image updates

Watchtower – A process for automating Docker container base image updates

BuildKit – Toolkit for converting source code to build artifacts in an efficient, expressive and repeatable manner

Dive – Tool for exploring each layer in a docker image

tini – A tiny but valid init for containers

Dfimage – Reverse-engineers a Dockerfile from a Docker image.

Trivy – Vulnerability Scanner for Containers and other Artifacts, Suitable for CI – Aqua Security

Docker Buildx – a CLI plugin that extends the docker command with the full support of the features provided by Moby BuildKit builder toolkit.
Lazy Docker – A simple terminal UI for both docker and docker-compose, written in Go with the gocui library.

Swarmsible –Simple Ansible based Tooling for setting up and managing a production grade Docker Swarm on Ubuntu 18.04/20.04.

Docker Context – Makes it easy to switch between multiple Docker and Kubernetes environments.

Android-Docker – A Docker image for building and testing Android apps.

Konveyor Move2Kube – Automatically create Dockerfiles, Kubernetes Yamls, Helm charts and other Infrastructure as Code Artifacts for your application.
Docksal – tool for defining and managing web development environments.
Chartbrew – Chartbrew is an open-source web application that can connect directly to databases and APIs and use the data to create beautiful charts.
Conan Docker – accelerating the development and Continuous Integration of C and C++ projects.
PHPQA – Docker image that provides static analysis tools for PHP