In our previous post, we spent considerable time in understanding what is Universal Control Plane(UCP) and how to add hosts to UCP.  For UCP to work, swarm cluster is a per-requisite, hence let’s understand how to quickly setup Swarm agent node through Docker Machine. 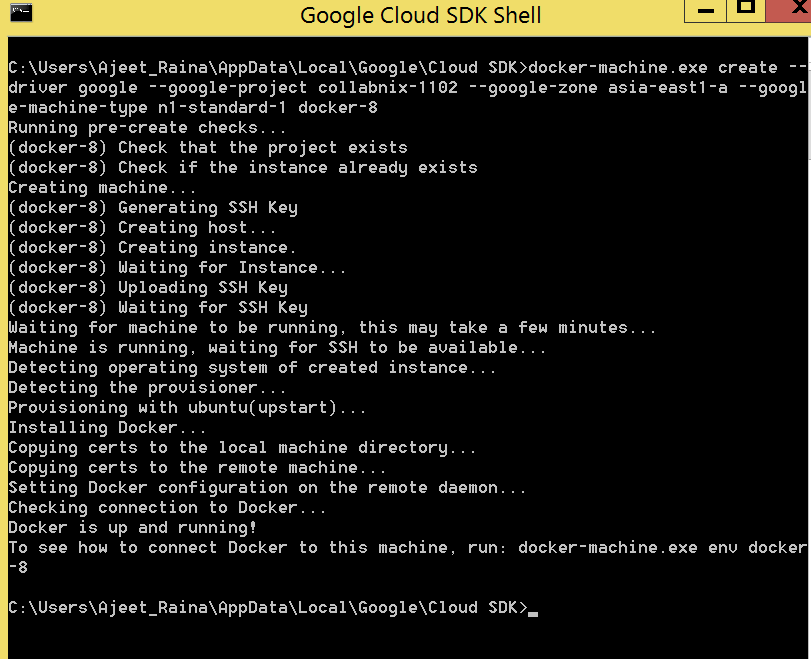 By this time, you will be able to see a new Docker-8 instance gets created.

Let’s open up Docker-8 instance which we created by clicking on SSH at the right end. Though you can also use Docker-Machine to login to run commands.

Finally, I am going to add this new machine to existing swarm cluster as shown below:

Ensure that the right token is added as shown above.

You will be able to see the new node added to the swarm cluster as shown below:

Finally, add this new node to UCP as shown below:

Let’s verify that UCP has detected the 3rd Node in the swarm cluster.

Hurray !! We have added a new node to the swarm cluster and then got it reflected under Universal Control Plane.