When a new developer joins your team, there is a possibility that they might not know much about Kubernetes. After all, there is no need for a regular front-end developer to know the internals of how your complex Kubernetes cluster works. So, while they might be excellent at their job as a front-end developer, they might be slowed down and have to spend time learning how Kubernetes works so that they can effectively build your application. This is a pretty big problem, since Kubernetes has a pretty complex way of working, and can be difficult to pick up while working on a large project. It would also not be enough to learn Kubernetes alone since your application might have a specific Kubernetes architecture that has to be learned as well. Once all that is done, and the developer does changes to a resource, there is an extensive testing process that must be followed. The developer should either run a local Docker Desktop or Minikube cluster and deploy the resources to that, or have something like a Virtual cluster that they can deploy to.

This is where Shipa steps in, and allows developers to easily run code on Kubernetes clusters without having to have knowledge of how the cluster works. That information is abstracted away and can be dealt with by a DevOps team that would have much more knowledge on how Kubernetes works. Compared to the alternative situation where the DevOps team may have to hunt down any issues caused in the cluster by the developers, this is far easier and gives much less overhead to the DevOps teams.

How does it do it? 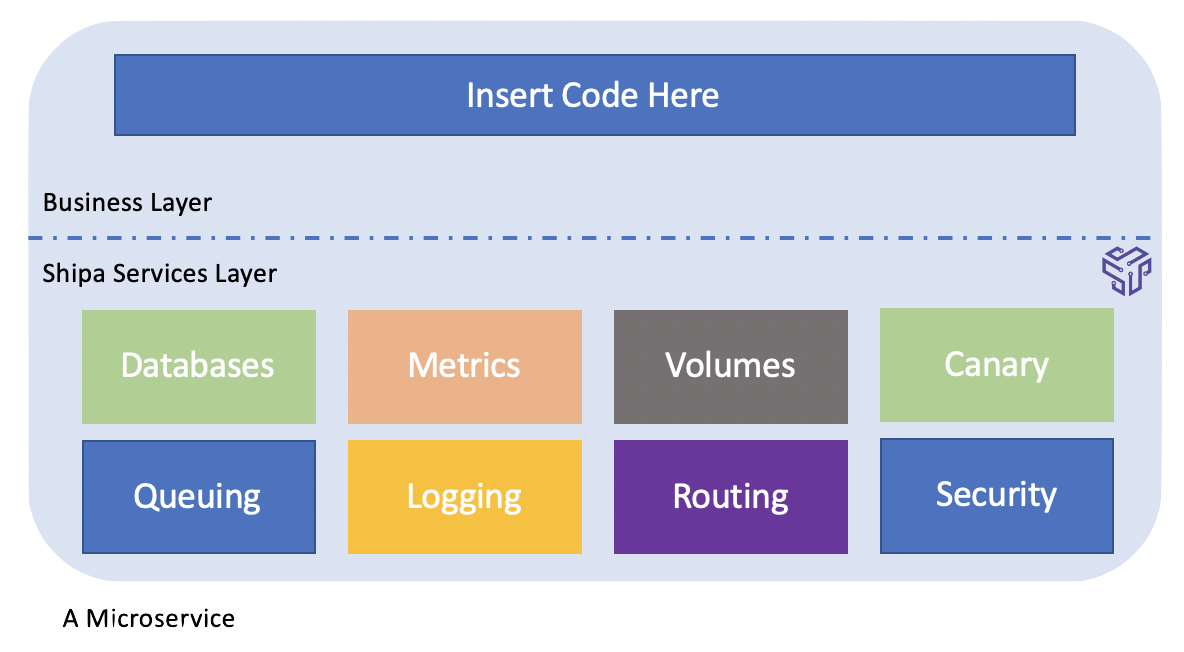 Shipa works by allowing the creation of frameworks within clusters. These frameworks allow the DevOps team to specify things such as the security rules, permission, etc… which will be imposed on the developers who will be using the clusters. So the developer only needs to write code and commit it, at which point a CI/CD pipeline would deploy the changes to the Shipa pool. This includes all the security checks, code quality checks, and other checks that run before the Kubernetes resource gets created.

So this means that the developer has to spend time developing, and no time working with the DevOps part of the application. On the other hand, the DevOps team has full control over the whole process, from the clusters to the configurations.

Now that you know what Shipa is, let’s take a hands-on approach to work with Shipa in the Shipa lab.

As always, you need a cluster before you start. For this, you can either use any cluster that you have (on a Linux VM, on the cloud, etc…), or you can use Minikube to start a single node cluster on your local machine.

Next, we will be using Helm to install Shipa. Helm allows you to install multiple resources that are packaged together as a chart, which is a lot faster than creating all the resources one by one manually. If you need a refresher on Helm, head over to the Helm section.

Next, install the helm chart:

If you are using Minikube, you also need to add routes to the nginx ingress:

You also need to get the Shipa CLI so that you can execute Shipa commands using the command line. To do that, use curl:

You can also use brew:

If you are using Minkube, also change the local Shipa instance so that it points at your Shipa CLI:

Now you essentially have Shipa fully installed. As the last step, let’s bring up the Shipa dashboard. To do that, first login (using the dummy credentials your specified), and then list the Shipa instances:

This should output the list of instances, which should also show a link in the Address column. Use this to open the dashboard. If you have any trouble accessing this link, you may need to use port forwarding. Use:

You will get a list of ports that are exposed using ClusterIP. You need to choose the one called dashboard-web-1 running on port 8888. ClusterIP is an internal network port and doesn’t allow external connections, so we will forward the port:

You can then open up the page on localhost (port 8888) and follow the three steps to gain access to the Shipa dashboard. Once you’re in, the installation part of Shipa is complete.

To do this, we will be heading back to the CLI which has been already set up with Shipa.

Then we can set permissions for each of these roles:

This assigns several permissions to your role. Finally, assign the role to the user you just created:

The entire team can then be assigned roles, permissions, and granted/removed access. This means that when a new user joins the team, they automatically get the same level of access that the rest of the team has, and you don’t have to manually assign the roles to each one of them. Note that while we have created a team and added a user to it, we haven’t created any access rules or permissions for that team. These rules and permissions are defined within what is called a Shipa framework. Creating a framework can be done using the UI in the same way as creating a user, so let’s head over to the browser.

On the left pane, find the section called frameworks, and add a framework. First, set the name and the namespace to which the framework will apply, then set the security settings. In the input box labelled “Grant access to teams”, you can select the shipa-dev-team you just created. The namespace you specified will be the only namespace this framework will apply to. Now, you need to create another cluster and connect it to Shipa as the development cluster before you can assume the role of a developer and test it out.

To log in as a developer, you would run the same shipa login command as before, except this time you would use the developer email you used when creating the user initially. As a developer, if you want to deploy your application, you could either:

Or, to make things even simpler, just do not do any of that and instead commit your code to a branch in your existing repo. That way, developers don’t even have to have the Shipa CLI installed. So how does that work?

Your developer would focus on writing application code, after which they will push their raw code to the repository. Once the code has reached the repo, an image will be created by the pipeline using the code. The pipeline that does this has to be configured by the DevOps team. The pipeline can be set to run automatically, after which the image is deployed into your Shipa cluster, and is accessible through the endpoint. This endpoint is automatically created by Shipa as well once you create a new Shipa app. That will also be handled by the DevOps team or someone in the team that has knowledge of Shipa. A developer would have no need to understand any of these underlying concepts. They only have to focus on, for example, the front-end code after which they commit their changes to the repository. A few moments later, they can use the endpoint to see their changes in action. That is all.

And of course, you can always roll back your images or view the list of images that have been created in the past, so all the convenience features are present.

That’s all about shipa! If you are looking for something with a little more punch, consider trying Shipa Pro for more features, although the free version should work fine for small teams developing a handful of applications.