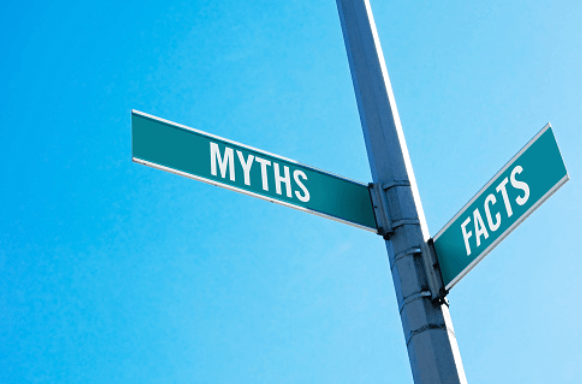 Today, every fast-growing business enterprise has to deploy new features of their app rapidly if they really want to survive in this competitive market. Developing apps today requires so much more than writing code. For developers, there is a vast array of complex tooling and a duplicate set of commands and tasks to go from local desktop to cloud-native development. It takes hours and possibly days for the development team to decide on the right cloud environment to meet their requirements and to have that environment successfully set up. Docker simplifies and accelerates your workflow, while giving developers the freedom to innovate with their choice of tools, application stacks, and deployment environments for each project.

With over 396 billion all-time DockerHub pulls, 16.2 million Docker Desktop downloads & 9 million Docker accounts, Docker is still the most popular container platform among developers. If you search “Docker ” in GitHub, you will find over 20 million code results, 690 K repositories and over 14,000 discussions around Docker. It shows how Docker is being used by millions of developers to build, share, and run any app, anywhere. As per the latest StackOverFlow 2021 survey, Docker is still the #1 most wanted and #2 most loved developer tools, and helps millions of developers build, share and run any app, anywhere – on-prem or in the cloud.

Today, all major cloud providers use Docker platform. For example, AWS and Docker have collaborated to make a simplified developer experience that enables you to deploy and manage containers on Amazon ECS directly using Docker tools. Amazon ECS uses Docker images in task definitions to launch containers as part of tasks in your clusters. This year, Docker announced that all of the Docker Official Images are now made available on AWS ECR Public.

The Docker Azure Integration enables developers to use native Docker commands to run applications in Azure Container Instances (ACI) when building cloud-native applications. The new experience provides a tight integration between Docker Desktop and Microsoft Azure allowing developers to quickly run applications using the Docker CLI or VS Code extension, to switch seamlessly from local development to cloud deployment. Nevertheless, technologies and tools available from Docker and its open source project, Moby, have been leveraged by all major data center vendors and cloud providers. Many of these providers are leveraging Docker for their container-native IaaS offerings. Additionally, the leading open source serverless frameworks utilize Docker container technology.

Undoubtedly, Docker today is the de facto standard for most of the developers for packaging their apps but as the container market continues to evolve and diversify in terms of standards and implementations, there is a rise of a confusion among the enterprise developers  to choose the right container platform for their environment. Fortunately, I am here to help you with top 5 reasons debunking many of these modern myths. This blog aims to clear up some commonly held misconceptions in the field of Docker capabilities. The truth, as they say, shall set you free and ‘whalified’.

This myth says that the Docker daemon requires root privileges and hence admins can’t launch containers as a non-privileged user.

Fact: Rootless mode was introduced in Docker Engine v19.03 as an experimental feature. Rootless mode graduated from experimental mode in Docker Engine v20.10. This means that Docker today can also be run as a non-root user. Rootless containers have a huge advantage over rootful containers since (you guessed it) they do not run under the root account. The benefit of this is that if an attacker is able to capture and escape a container, this attacker is still a normal user on the host. Containers that are started by a user cannot have more privileges or capabilities than the user itself.

Let us understand this myth. It says that when working with Docker, you have to use the Docker CLI, which communicates with a background daemon (the Docker daemon). The main logic resides in the daemon, which builds images and executes containers. This daemon runs with root privileges which presents a security challenge when providing root privileges to users. It also means that an improperly configured Docker container could potentially access the host filesystem without restriction. As Docker depends on a daemon running in the background, whenever a problem arises with the daemon, container management comes to a halt. This point of failure therefore becomes a potential problem.

Use the following JSON to enable live-restore.

This myth states that Docker is not secure. Docker images can’t be trusted as they are not signed. Docker doesn’t validate your images and doesn’t have capability to track the source from where the Docker images are being pulled.

Fact: Docker Content Trust has been there since v1.8. Docker version 1.8 introduces Content Trust, which allows you to verify the authenticity, integrity, and publication date of Docker images that are made available on the Docker Hub Registry. Docker Content Trust (DCT) provides the ability to use digital signatures for data sent to and received from remote Docker registries. These signatures allow client-side or runtime verification of the integrity and publisher of specific image tags.

Within the Docker CLI we can sign and push a container image with the ‘docker trust’ command syntax. This is built on top of the Notary feature set. A prerequisite for signing an image is a Docker Registry with a Notary server attached (such as the Docker Hub ).

Myth – 4: Docker is becoming paid and not free software anymore

This myth states that Docker is not free software anymore. Docker has completely monetized the software and hence one needs to pay for the subscription if they want to use it.

Fact: Docker Engine and all upstream open source Docker and Moby projects are still free. Docker Desktop is free to download and install for your personal use. If you’re running a small business with fewer than 250 employees and less than $10 million in annual revenue, Docker Desktop is  still free. No matter, if you are a student or an instructor either in an academic or professional environment, it is still free to download and install. If you are working on any open source non-commercial project hosted over GitHub and abide by the Open Source Initiative definition, you can use Docker Desktop for free. All you need to do is to fill up the form and apply here.

For your open source project namespace on Docker Hub, Docker offers unlimited pulls and unlimited egress to any and all users, with no egress restrictions applying to any Docker users pulling images from that namespace. In addition, if your open source project uses Autobuild capabilities, you can continue using them for free. You are also free to continue to use Docker Desktop via the Docker Personal subscription.

This myth states that Docker is incapable to run Kubernetes Pods. A Pod represents a single instance of a running process in your cluster. Pods contain one or more containers, such as Docker containers. When a Pod runs multiple containers, the containers are managed as a single entity and share the Pod’s resources.

Fact: Docker Desktop does allow you to run Kubernetes Pods. If you have Docker Desktop installed in your Mac or Windows system, you can enable Kubernetes under Dashboard UI and then deploy Pods over it. You can even use the native Docker compose tool to bring up Kubernetes resources seamlessly.

Docker today is still heavily used by millions of developers to build, share, and run any app, anywhere, almost everyday. It is enabling developers to accelerate their productivity and spend more time on delivering value that’s core to their business. If you are looking out for matured, stable and enterprise-ready container desktop platform, Docker Desktop is a right choice for you and your organization.

Here at Collabnix Community Slack , we’re happy to chat around Docker and how it is being adopted by millions of Developer communities. If interested, leave your comments below.