A Beginner’s Guide to Docker Networking 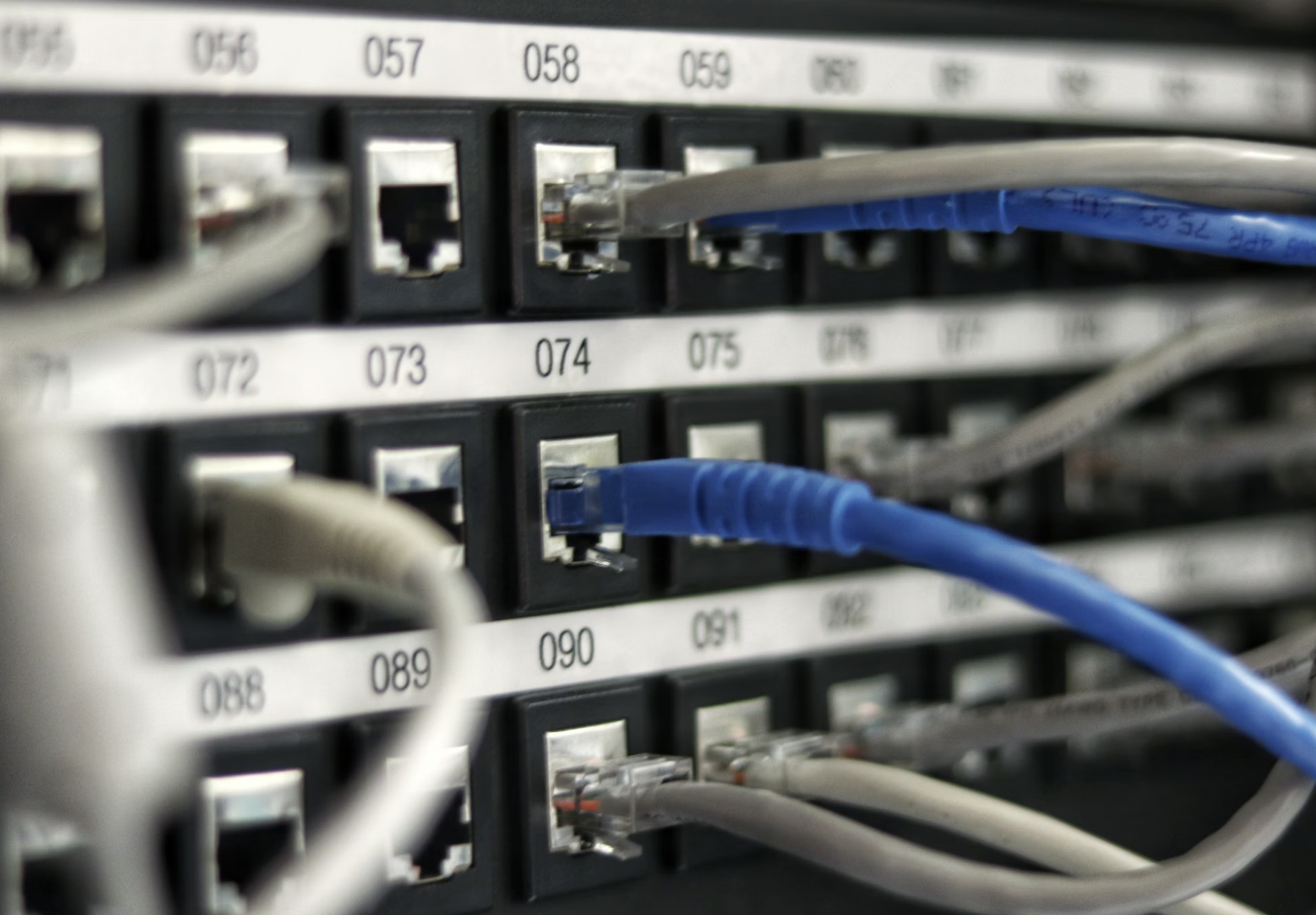 For Docker containers to communicate with each other and the outside world via the host machine, there has to be a layer of networking involved. Docker supports different types of networks, each fit for certain use cases.

What are different types of Networking in Docker?

When Docker is installed, a default bridge network named docker0 is created. Each new Docker container is automatically attached to this network, unless a custom network is specified.

Besides docker0, two other networks get created automatically by Docker: host(no isolation between host and containers on this network, to the outside world they are on the same network) and none(attached containers run on container-specific network stack)

The bridge driver creates a private network internal to the host so containers on this network can communicate. External access is granted by exposing ports to containers. Docker secures the network by managing rules that block connectivity between different Docker networks.

Behind the scenes, the Docker Engine creates the necessary Linux bridges, internal interfaces, iptables rules, and host routes to make this connectivity possible. In the example highlighted below, a Docker bridge network is created and two containers are attached to it. With no extra configuration the Docker Engine does the necessary wiring, provides service discovery for the containers, and configures security rules to prevent communication to other networks. A built-in IPAM driver provides the container interfaces with private IP addresses from the subnet of the bridge network.

The above application is now being served on our host at port 8000. The Docker bridge is allowing web to communicate with db by its container name. The bridge driver does the service discovery for us automatically because they are on the same network. All of the port mappings, security rules, and pipework between Linux bridges is handled for us by the networking driver as containers are scheduled and rescheduled across a cluster.

The bridge driver is a local scope driver, which means it only provides service discovery, IPAM, and connectivity on a single host. Multi-host service discovery requires an external solution that can map containers to their host location. This is exactly what makes the overlay driver so great.

In this section, you’ll learn how to build, manage, and use bridge networks.

You will need all of the following to complete this lab:

Every clean installation of Docker comes with a pre-built network called bridge. Verify this with the docker network ls command.

All networks created with the bridge driver are based on a Linux bridge (a.k.a. a virtual switch).

Install the brctl command and use it to list the Linux bridges on your Docker host.

The output above shows a single Linux bridge called docker0. This is the bridge that was automatically created for the bridge network. You can see that it has no interfaces currently connected to it.

You can also use the ip command to view details of the docker0 bridge.

This command will create a new container based on the ubuntu:latest image and will run the sleep command to keep the container running in the background. As no network was specified on the docker run command, the container will be added to the bridge network.

Inspect the bridge network again to see the new container attached to it.

The output to the previous docker network inspect command shows the IP address of the new container. In the previous example it is “172.17.0.2” but yours might be different.

Press Ctrl-C to stop the ping. The replies above show that the Docker host can ping the container over the bridge network.

Log in to the container, install the ping program and ping www.dockercon.com.

This shows that the new container can ping the internet and therefore has a valid and working network configuration.

NOTE: If you start a new container from the official NGINX image without specifying a command to run, the container will run a basic web server on port 80.

Start a new container based off the official NGINX image.

Check that the container is running and view the port mapping.

There are two containers listed in the output above. The top line shows the new web1 container running NGINX. Take note of the command the container is running as well as the port mapping – 0.0.0.0:8080->80/tcp maps port 8080 on all host interfaces to port 80 inside the web1 container. This port mapping is what effectively makes the containers web service accessible from external sources (via the Docker hosts IP address on port 8080).

Now that the container is running and mapped to a port on a host interface you can test connectivity to the NGINX web server.

If you try connecting to the same IP address on a different port number it will fail.

If for some reason you cannot open a session from a web broswer, you can connect from your Docker host using the curl command.

The Overlay Network are usually used to create a virtual network between two separate hosts. Virtual, since the network is build over an existing network.

The built-in Docker overlay network driver radically simplifies many of the complexities in multi-host networking. It is a swarm scope driver, which means that it operates across an entire Swarm or UCP cluster rather than individual hosts. With the overlay driver, multi-host networks are first-class citizens inside Docker without external provisioning or components. IPAM, service discovery, multi-host connectivity, encryption, and load balancing are built right in. For control, the overlay driver uses the encrypted Swarm control plane to manage large scale clusters at low convergence times.

The overlay driver utilizes an industry-standard VXLAN data plane that decouples the container network from the underlying physical network (the underlay). This has the advantage of providing maximum portability across various cloud and on-premises networks. Network policy, visibility, and security is controlled centrally through the Docker Universal Control Plane (UCP).

In the above example we are still serving our web app on port 8000 but now we have deployed our application across different hosts. If we wanted to scale our web containers, Swarm & UCP networking would load balance the traffic for us automatically.

The overlay driver is a feature-rich driver that handles much of the complexity and integration that organizations struggle with when crafting piecemeal solutions. It provides an out-of-the-box solution for many networking challenges and does so at scale.

The built-in Docker overlay network driver radically simplifies many of the challenges in multi-host networking. With the overlay driver, multi-host networks are first-class citizens inside Docker without external provisioning or components. overlay uses the Swarm-distributed control plane to provide centralized management, stability, and security across very large scale clusters.

The overlay driver utilizes an industry-standard VXLAN data plane that decouples the container network from the underlying physical network (the underlay). The Docker overlay network encapsulates container traffic in a VXLAN header which allows the traffic to traverse the physical Layer 2 or Layer 3 network. The overlay makes network segmentation dynamic and easy to control no matter what the underlying physical topology. Use of the standard IETF VXLAN header promotes standard tooling to inspect and analyze network traffic.

VXLAN has been a part of the Linux kernel since version 3.7, and Docker uses the native VXLAN features of the kernel to create overlay networks. The Docker overlay datapath is entirely in kernel space. This results in fewer context switches, less CPU overhead, and a low-latency, direct traffic path between applications and the physical NIC.

VXLAN is defined as a MAC-in-UDP encapsulation that places container Layer 2 frames inside an underlay IP/UDP header. The underlay IP/UDP header provides the transport between hosts on the underlay network. The overlay is the stateless VXLAN tunnel that exists as point-to-multipoint connections between each host participating in a given overlay network. Because the overlay is independent of the underlay topology, applications become more portable. Thus, network policy and connectivity can be transported with the application whether it is on-premises, on a developer desktop, or in a public cloud.

In this diagram we see the packet flow on an overlay network. Here are the steps that take place when c1 sends c2 packets across their shared overlay network:

The Docker Swarm control plane automates all of the provisioning for an overlay network. No VXLAN configuration or Linux networking configuration is required. Data-plane encryption, an optional feature of overlays, is also automatically configured by the overlay driver as networks are created. The user or network operator only has to define the network (docker network create -d overlay ...) and attach containers to that network.

During overlay network creation, Docker Engine creates the network infrastructure required for overlays on each host. A Linux bridge is created per overlay along with its associated VXLAN interfaces. The Docker Engine intelligently instantiates overlay networks on hosts only when a container attached to that network is scheduled on the host. This prevents sprawl of overlay networks where connected containers do not exist.

In the following example we create an overlay network and attach a container to that network. We’ll then see that Docker Swarm/UCP automatically creates the overlay network.

When the overlay network is created, you will notice that several interfaces and bridges are created inside the host.

Two interfaces have been created inside the container that correspond to two bridges that now exist on the host. On overlay networks, each container will have at least two interfaces that connect it to the overlay and the docker_gwbridge.

The Docker Overlay driver has existed since Docker Engine 1.9, and an external K/V store was required to manage state for the network. Docker 1.12 integrated the control plane state into Docker Engine so that an external store is no longer required. 1.12 also introduced several new features including encryption and service load balancing. Networking features that are introduced require a Docker Engine version that supports them, and using these features with older versions of Docker Engine is not supported.

Why do we need it

Traffic flows through eth0 and Docker routes traffic to your container using its MAC address. To network devices on your network, your container appears to be physically attached to the network.

Check that both containers are actually started