Last Dockercon, Docker announced the release of the new Docker Desktop Enterprise which is a new commercial Desktop offering from Docker, Inc. It is the only enterprise-ready Desktop platform that enable IT organizations automate the delivery of legacy and modern applications using an agile operating model with integrated security. With work performed locally, developers can leverage a rapid feedback loop before pushing code or docker images to shared servers / continuous integration infrastructure.

The Enterprise-Ready Solution for Dev & Ops

Docker Desktop Enterprise is a perfect devbed for Enterprise Developers. It allows developers to select from a variety of their favourite frameworks languages and IDE. Because of those options, it can also help organizations target every platform. So basically, your organization can provide application templates that include production-approved application configurations. And developers can take those templates and quickly modify and replicate them right from their desktop.

Let us talk about the various features of Docker Desktop Enterprise 2.0.0.0 which is discussed below:

Under this blog post, we will look at two of the promising features of Docker Desktop Enterprise 2.0.0.0:

Docker Desktop Enterprise is available both for Microsoft Windows and MacOS. One can download via the below links:

The above installer includes:

Please note that you will have to clean up Docker Desktop Community Edition before you install Enterprise edition. Also, Enterprise version will require a seperate License key which you need to buy from Docker, Inc.,.

To install Docker Desktop Enterprise, double-click the .msi or .pkg file and initiate the Setup wizard:

Click “Next” to proceed further and accept the End-User license agreement as shown below:

Once installed, you will see Docker Desktop icon on the Windows Desktop as shown below:

The license file must be installed and placed under the following location: C:\Users\Docker\AppData\Roaming\Docker\docker_subscription.lic

Docker Desktop Enterprise provides you with additional features compared to the Community edition. Right click on whale icon on Task Manager and select “About Docker Desktop” to show up the below window.

Open up Powershell to verify Docker version up and running :

Docker Desktop Enterprise gives you flexibility to pre-select resources limitation so as to make it available for Docker Engine as shown below. Based on your system configuration and type of application you are planning to host, you can increase or decrease the resource limit.


Docker Desktop Enterprise includes a standalone Kubernetes server that runs on your Windows laptop, so that you can test deploying your Docker workloads on Kubernetes.

The Kubectl is a command line interface for running commands against Kubernetes clusters. It comes with Docker Desktop by default and one cn verify by running the below command:

Let us try running the custom built Web application using the below command:

Open up the browser to verify that web page is up and running as shown below:

Under this section, I will show you how to get started with Application Designer feature which was introduced for the first time.

Right click on whale-icon in the Taskbar and choose “Design New Application”. Once you click on it, it will open the below window:

Let us test drive Linux-based application. Click on “Linux” option and proceed further. This opens up variety of ready-made templates as shown below:

Spring application is also included as part of Docker Desktop Enterprise which is basically a sample Java application with Spring framework and a Postgres database as shown below:

Click on “Continue” to build up this application stack.

Click on “Assemble” and this should build up your application stack.

Done. Click on “Run Application” to bring up your web application stack.

Once you click on “Run Application”, you can see the output right there on the screen as shown below:

As shown above, one can open up code repository in Visual Studio Code & Windows explorer. You get options to start, stop and restart your application stack.

To verify its functionality, let us try to open up the web application as shown below:

Under this section, we will see how to build Windows-based application using the same Application Designer tool.

Before you proceed, we need to choose “Switch to Windows container” as shown below to allow Windows based container to run on our Desktop.

Right click on whale-icon in the Taskbar and choose “Design New Application”. Once you click on it, it will open the below window:

Click on “Choose a template” and select Windows this time as shown below:

Once you click on Windows, it will open up a sample ASP.Net & MS-SQL application.

Once clicked, it will show frontend and backend with option to set up desired port for your application.

I will go ahead and choose port 82 for this example. Click on “Continue” and supply your desired application name. I named it as “mywinapp” as shown below:

Click on “Assemble” to build up your application stack.

While the application stack is coming up, you can open up Visual Studio to view files like Docker Compose, Dockerfile as shown below:

One can view logs to see what’s going on in the backend. Under Application Designer, one can select “Debug” option to open up “View Logs” to view the real time logs.

By now, you should be able to access your application via web browser.

Docker Desktop Enterprise 2.0.0 is bundled with default version pack Enterprise 2.1 which includes Docker Engine 18.09 and Kubernetes 1.11.5. You can download it via this link.

Version packs are installed manually or, for administrators, by using the command line tool. Once installed, version packs can be selected for use in the Docker Desktop Enterprise menu.

When you install Docker Desktop Enterprise, the tool is installed under C:\Program Files\Docker\Desktop location. Version packs can be installed by double-clicking a .ddvp file. Ensure that Docker Desktop is stopped before installing a version pack. The easiest way to add Version Pack is through CLI running the below command:

Open up Windows Powershell via “Run as Administrator” and run the below command:

Uninstalling Version Pack is a matter of single-line command as shown below:

In my next blog post, I will show you how to leverage Application Designer tool to build custom application. 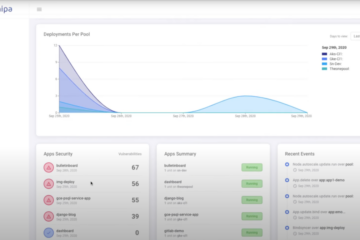 Spread the love  7,286 views Are you frustrated with how much time it takes to create, deploy and manage an application on Kubernetes? Wouldn’t it be nice if you could focus on writing and delivering code Read more…