Docker and Wasm Containers – Better Together 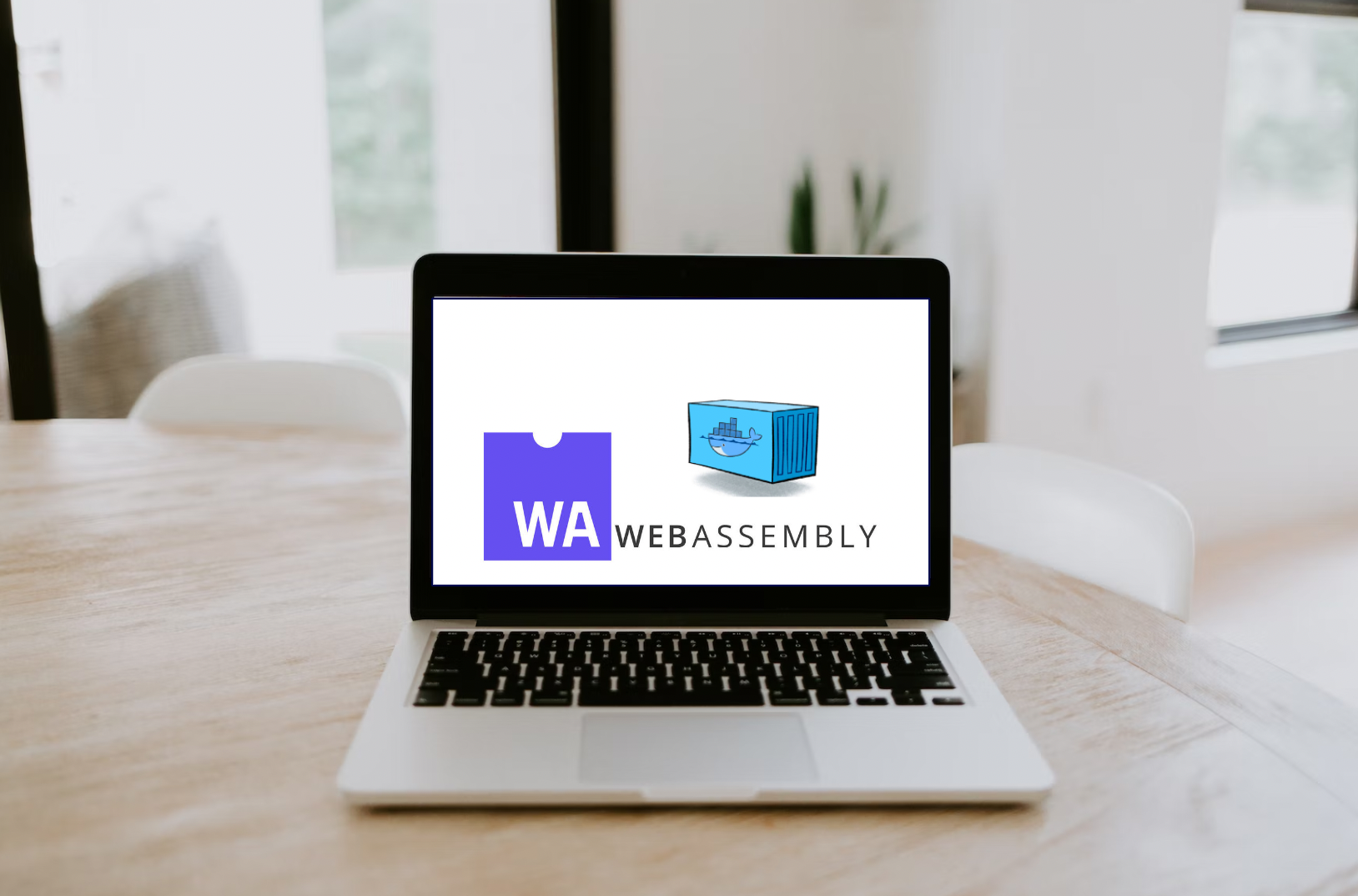 WebAssembly is a portmanteau of two terms – Web and Assembly. The Web is an interconnected system of public web pages accessible through the Internet. On the other hand, an assembly language is a type of low-level programming
language that is intended to communicate directly with a computer’s hardware and is designed to be readable by humans.

Despite its name, WebAssembly(a.k.a Wasm) is not quite an assembly language. It’s not meant for any particular machine. It’s for web browsers, and when you’re delivering code to be executed in the browser, you don’t know what kinds
of machines will your code be running on.

WASM is a new binary-based programming language you can run in a web browser. WASM is designed to be faster than JavaScript because it is a low-level language. That means that it is closer to machine code, which processors can execute
more quickly.

What’s so unique about Wasm?

Wasm is faster. Unlike Javascript, WASM is statically typed, which means code optimization occurs far earlier in the compilation process before the code reaches the browser. Its binary files are considerably smaller than JavaScript’s,
resulting in significantly faster loading times. Interestingly, Wasm is 1.15-1.67 times faster than JavaScript on Google Chrome on a desktop. Said that, Wasm is not intended to replace JavaScript, but to run alongside it. This way,
developers can get a best-of-both-worlds for their applications. 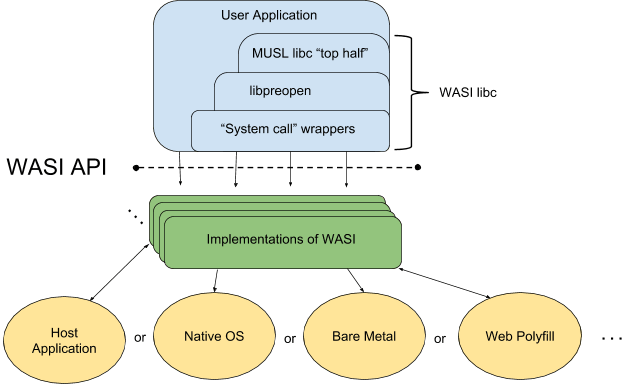 When WASM was first introduced, it targeted to the Web Browser but developers started to push WebAssembly beyond the browser because it provides a fast, scalable, secure way to run the same code across all machines.

Why Docker is supporting Wasm?

As companies started using containers to package and deploy their software more and more, Docker’s container runtime did not meet all the technical and business needs that engineering teams could have. In response to this, the community
started developing new runtimes with different implementations and capabilities. To make sure that all container runtimes could run images produced by any build tool, the community started the
Open Container Initiative or OCI to define industry standards around container image formats and runtimes.

Docker’s original image format became the OCI Image Specification, and various open-source build tools started supporting it (such as Buildkit, Podman, Buildah etc. ). It was the same time when Docker donated its runtime,
runc to the OCI to serve as the first implementation of the standard.

In late 2019, the world started talking about “Serverless”. AWS Lambda launched support for packaging and deploying functions as container images at reInvent 2020. It was during the same time when WASM community showed interest and
was seen investing time in the OCI toolchain. They were busy leveraging popular Docker projects like buildkit, and containerd to create Wasm artifacts and testing them on Docker Desktop.
As Docker Hub already support various artifacts like Helm charts, Docker Volumes, SBOMs, OPA bundles and many other custom artifacts, they were all ready to include WebAssembly modules to the list.

What problems does Docker solve for Wasm developer community?

If you look at the developer tooling today, it is not easy to setup a development environment for Wasm. It ends up with the same “works in a machine” scenario. “Works on my machine” is a common refrain heard whenever the local environment
configuration (from dev to test to production) has drifted from the established baseline and the same is true for Wasm too. It might be a case when you are running a specific version of Rust in your system while your CI infrastructure
might be running a different version altogether. The same applies to different runtime or testing tools that you might be using in your development environment.

Understanding Wasm involves a steep learning curve. Multiple languages, runtimes, frameworks, architectures, and discontinuous interfaces between tools for each lifecycle stage might create enormous complexity. Docker simplifies and
accelerates your Wasm-based workload development workflow. With a well-known commands like docker compose up, docker build and docker push/run, developers can easily build
Wasm containers and run it alongside Linux containers.It gives web developers the freedom to innovate with their choice of tools, application stacks, and deployment environments for their projects.

By using Docker, developers can now collaborate with their team members and enhance product functionality by easily publishing images to Docker Hub.

In nutshell, Docker Community sees Wasm as a complementary technology to Linux containers. This is where developers can choose which technology they use (or both!) depending on the use case. And as the community explores what’s possible
with Wasm, the effort is to make Wasm applications easier to develop, build, and run using the experience and tools you know and love. Docker solves the traditional problem – it works on my machine, works on yours and in production
flawlessly. Docker Desktop and CLI can now manage both Linux containers and Wasm containers side by side.

How does it work?

Docker collaborated with
WasmEdge to create a containerd shim. WasmEdge is a lightweight, high-performance, and extensible WebAssembly runtime.The containerd shim extracts the Wasm module from the OCI artifact and runs it using the WasmEdge runtime. 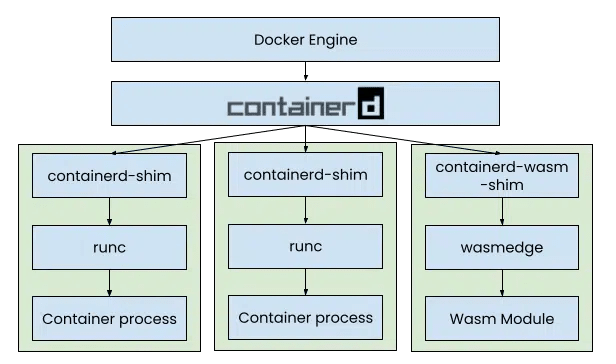 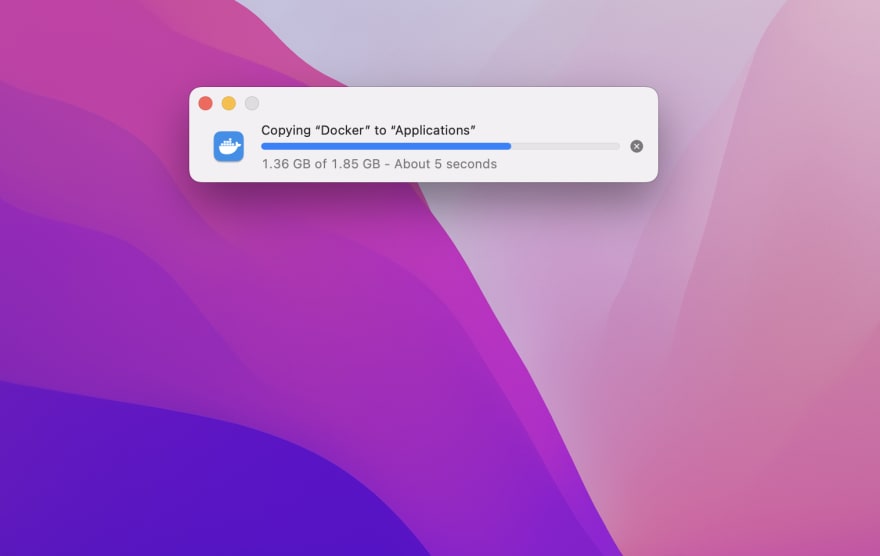 WASI is a modular system interface for WebAssembly.

Next, Untar the WASI SDK

The --platform=wasi/wasm32 specifies the architecture of the image we want to use. By leveraging a Wasm architecture, we don’t need to build separate images for the different architectures. The Wasm runtime will
do the final step of converting the Wasm binary to machine instructions.

The time command is used to determine how long a given command takes to run. It is useful for testing the performance of your scripts and commands. Let’s compare hello-world Docker Image Vs Wasm-based Docker Image.

The --runtime=io.containerd.wasmedge.v1 informs the Docker engine that we want to use the Wasm containerd shim instead of the standard Linux container runtime.

As you can see that the new Docker+Wasm integration allows you to run a Wasm application alongside your Linux containers at much faster speed.

In the next blog post,you will see how to run a simple HTTP server, written in rust and compiled to wasm using Docker. Stay tuned!

A Curated List of Wasm and Docker – Better Together

Have a question about Docker + Wasm Integration? Visit our
Community Forum and post your queries under our new
Docker+Wasm category.