How to increae Swap space under Linux

“Can Linux be installed without swap space?”.

This question was asked to me on one of Linux System admin interview. It might confuse anyone who is still fresher and have no hands-on experience with swap terminology.But the reality is “Yes”. But if you did this, you should be ready to cope up with your Linux box next time you put extra load on your box.It will crash someday.Its always recommended to provide extra space for swap partition.Swap is only used when you have maximum load. 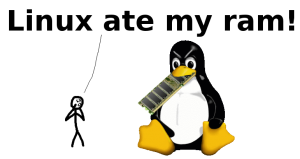 This article discuss how to increase the swap space through adding swap file on Linux machine.

Lets proceed with the requisite steps to add swap file as shown below:

Lets use dd command to create swapfile. Then you need to use mkswap command to set up a Linux swap area on a device or in a file.

So next time Linux comes up after reboot, it enables the new swap file for you automatically.

Verifying if the swap is activated or not?

Hope the article proves useful for everyone who wants an extra swap space therein.

3 Replies to “How to increae Swap space under Linux”