Are you a Microsoft enthusiast? Do you want to try running containers on Windows platform? Then you have at the right place.

As of now, Docker Engine is not available for Windows server platform. There has been development in progress to run Docker on Windows Server running on bare metal hardware.  Docker Engine uses Linux-specific kernel features and as of now it is tied to Linux Kernel. To try it on Windows we need to use a lightweight virtual machine (VM). You use theWindows Docker Client to control the virtualized Docker Engine to build, run, and manage Docker containers.

Here comes a helper application called “Boot2Docker”. All it does is create a Linux virtual machine on Windows to run Docker on a Linux operating system. 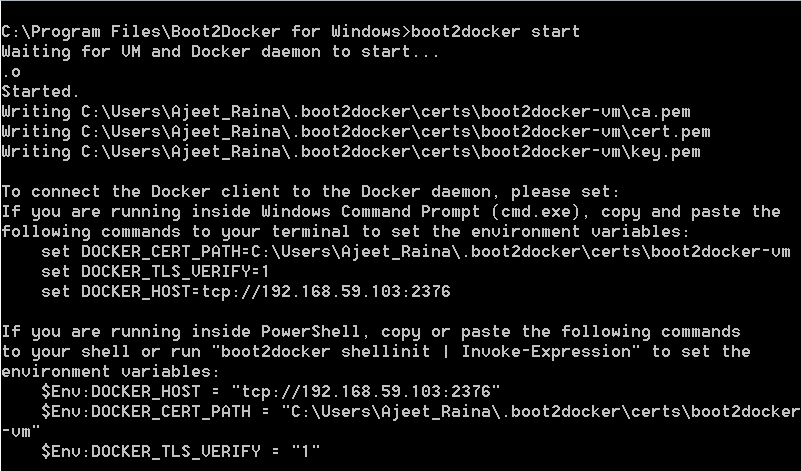 As shown above , you atleast need to set environmental variable which is different for command prompt and powershell.

Now you can just start playing around with Docker images as shown below:

Great. You have Docker images on Windows platform running on Virtualbox.

boot2docker is a great tool which does that all magically !!!