How to deploy a static site using Mkdocs and Netlify 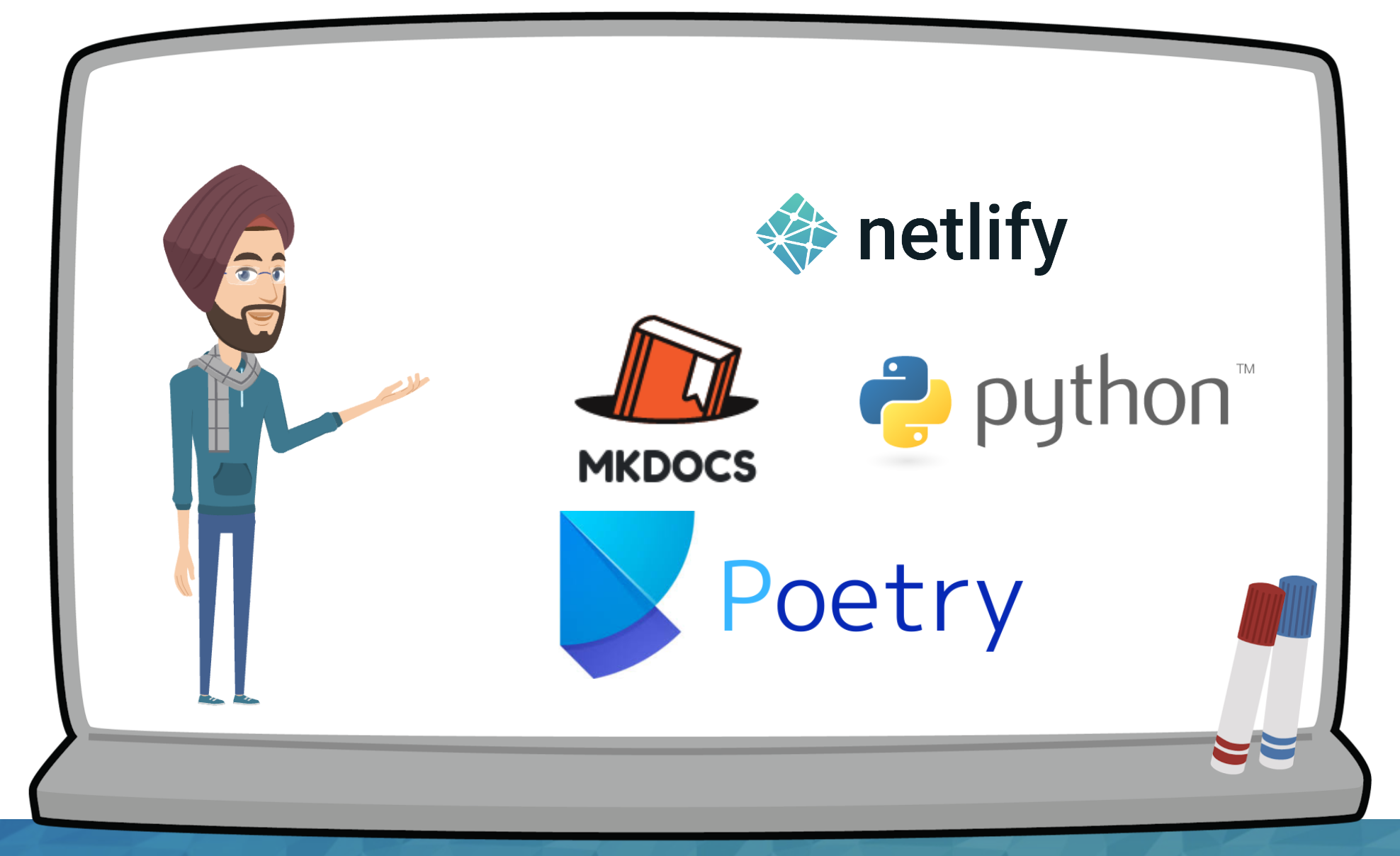 MkDocs is an open-source static site generator that is used to create documentation websites. It is written in Python and is built on top of the Jinja2 template engine. It uses Markdown files as the source for the documentation, and it generates a static HTML website that can be hosted on any web server.

Why is Mkdocs so popular?

MkDocs is a great tool for creating professional-looking documentation websites for your projects, and it’s widely used in open-source communities and enterprise organizations.

MkDocs allows you to easily organise your documentation into sections and pages and supports features like search, navigation, and theme customisation. It also provides a built-in development server that lets you preview your documentation while working on it.

What is Netlify and how it works?

Netlify is a popular static site hosting serverless platform. It is a popular way to build, deploy, and scale modern web applications in a much more scalable and secure way.

Netlify helps developers to launch websites and campaigns in minutes with no fuss. Netlify is built primarily for JAMstack sites, which unify JavaScript and APIs to allow applications that are well suited for both developers and content editors.

How does Mkdocs and Netlify work together?

MkDocs and Netlify work together to create and deploy a static documentation website. Here is how the process typically works:

This way, you can easily manage your documentation in Markdown and preview it locally with the built-in development server of mkdocs. And when you’re ready to deploy it, you can push it to your source control repository and let Netlify handle the build and deployment process.

With this setup, you can easily make updates to your documentation and deploy them to your website without needing to manually upload files or configure a web server.

It’s also worth mentioning that you can use Netlify’s caching feature to speed up the build process and to make sure that your site is served as quickly as possible.

MkDocs can be easily installed via pip and configured using a simple YAML configuration file. It also provides a command-line interface (CLI) that allows you to build, preview, and deploy your documentation with a few simple commands.

To install MkDocs, run the following command from the command line:

Getting started is super easy. To create a new project, run the following command from the command line:

MkDocs comes with a built-in dev-server that lets you preview your documentation as you work on it. Make sure you’re in the same directory as the mkdocs.yml configuration file, and then start the server by running the mkdocs serve command:

Now that we’ve got a basic site set up with MkDocs, it’s time to customize the site.

Open mkdocs.yaml and you will able to add below:

Change the site_name setting to “Nilesh Dalvi” and save the file.

Add an order, title, and nesting of each page in the navigation header by adding a nav setting:

Step 4. Deploying it to Netlify

First, we need to initialize a new Python project. We will be using Poetry. Poetry is a dependency management tool and packaging system for Python. It allows developers to manage their project dependencies and package their projects for distribution, similar to tools like pip and virtualenv.

“poetry init” is a command used in the terminal to initialize a new Python project with Poetry. When you run the command “poetry init” in the terminal while in a directory, it will create a new directory with the same name as the current one and initialize a new Python project in it with Poetry. This command will also create a new file called “pyproject.toml” which is used to specify the dependencies for the project. Additionally, “poetry init” can also be used to convert an existing Python project to use Poetry by generating a pyproject.toml file.

Add the packages listed below one by one:

This command will create a new file called pyproject.toml as shown:

You will need to specify the version of Python.

Create a new file called netlify.toml with the following entries:

Step 8. Pushing the changes to GitHub

Run the below steps to push it to Github

Visit Netlify and ensure that the site gets built without any issue.