Getting Started with ChatGPT 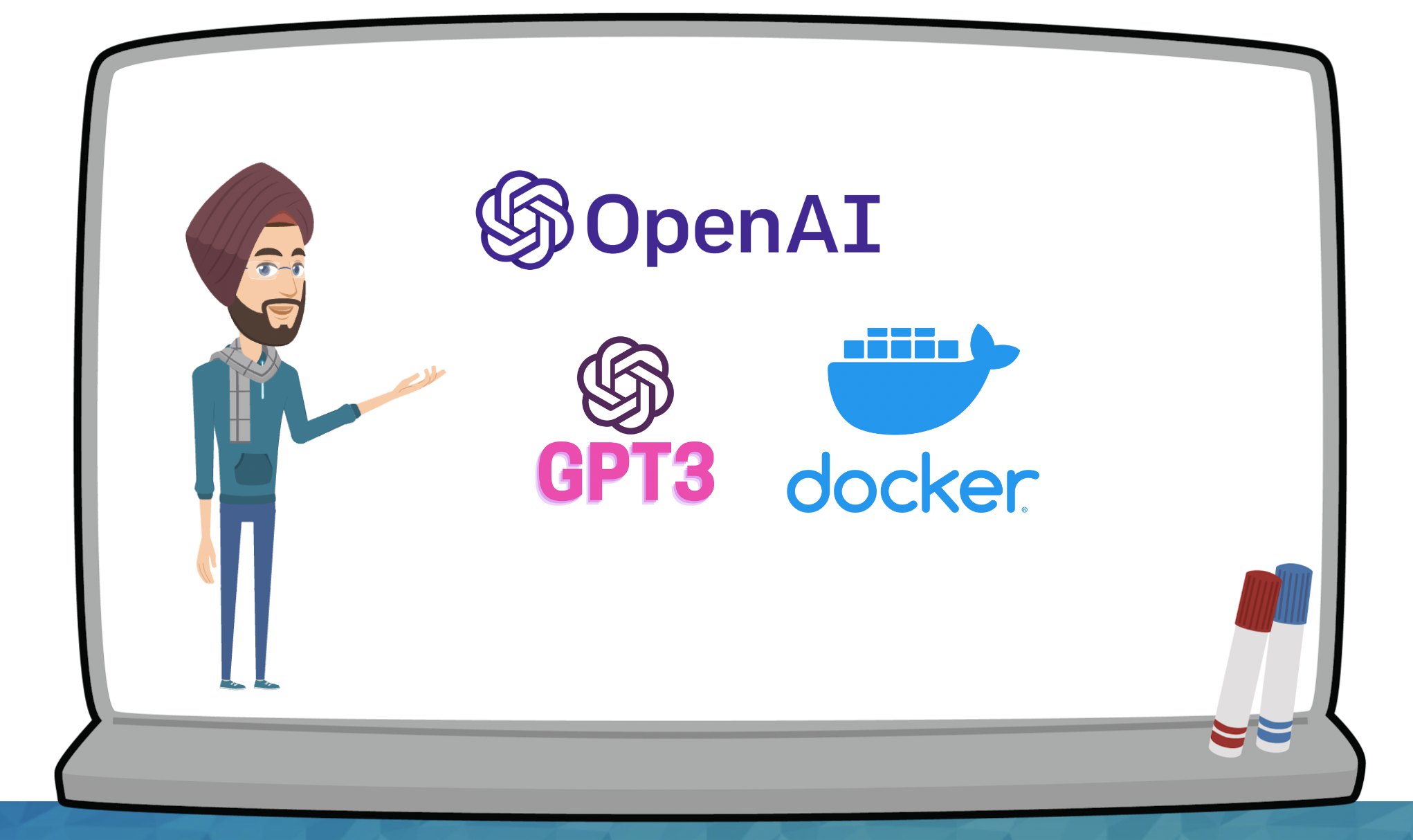 ChatGPT is a very popular language model developed by OpenAI. It is widely used in a variety of natural language processing (NLP) tasks such as text generation, conversation generation, and text summarization.

One of the reasons for its popularity is that it was trained on a massive dataset of text, which allows it to generate high-quality, human-like text. It has also been fine-tuned for specific tasks, such as answering questions, which makes it well-suited for a wide range of applications. Another reason for its popularity is that the model is easily accessible through OpenAI’s API, which makes it easy to use in a variety of programming languages and frameworks. This has led to the development of a wide range of applications that utilize ChatGPT’s capabilities, such as chatbots, language translation tools, and text summarization tools.

The model also has been fine-tuned for various languages beside english, this makes it a versatile model for various use cases. In short, ChatGPT is a powerful and flexible language model that has become a popular choice for many NLP tasks and applications.

How Chat GPT works under the hood?

ChatGPT is a type of language model known as a transformer model. It uses a technique called unsupervised learning, where the model is trained on a large dataset of text, such as books or articles, without any specific labels or targets.

The model consists of an encoder and a decoder, both of which are made up of multiple layers of neural networks. The encoder takes in the input text and converts it into a fixed-length vector representation, which is then passed to the decoder. The decoder generates the output text based on this vector representation and the previous tokens generated by the model.

For example, I asked Chat GPT to write a Python script to search for a term on GitHub and this is how it built a script for me. Tested it on my system and it worked like a charm. 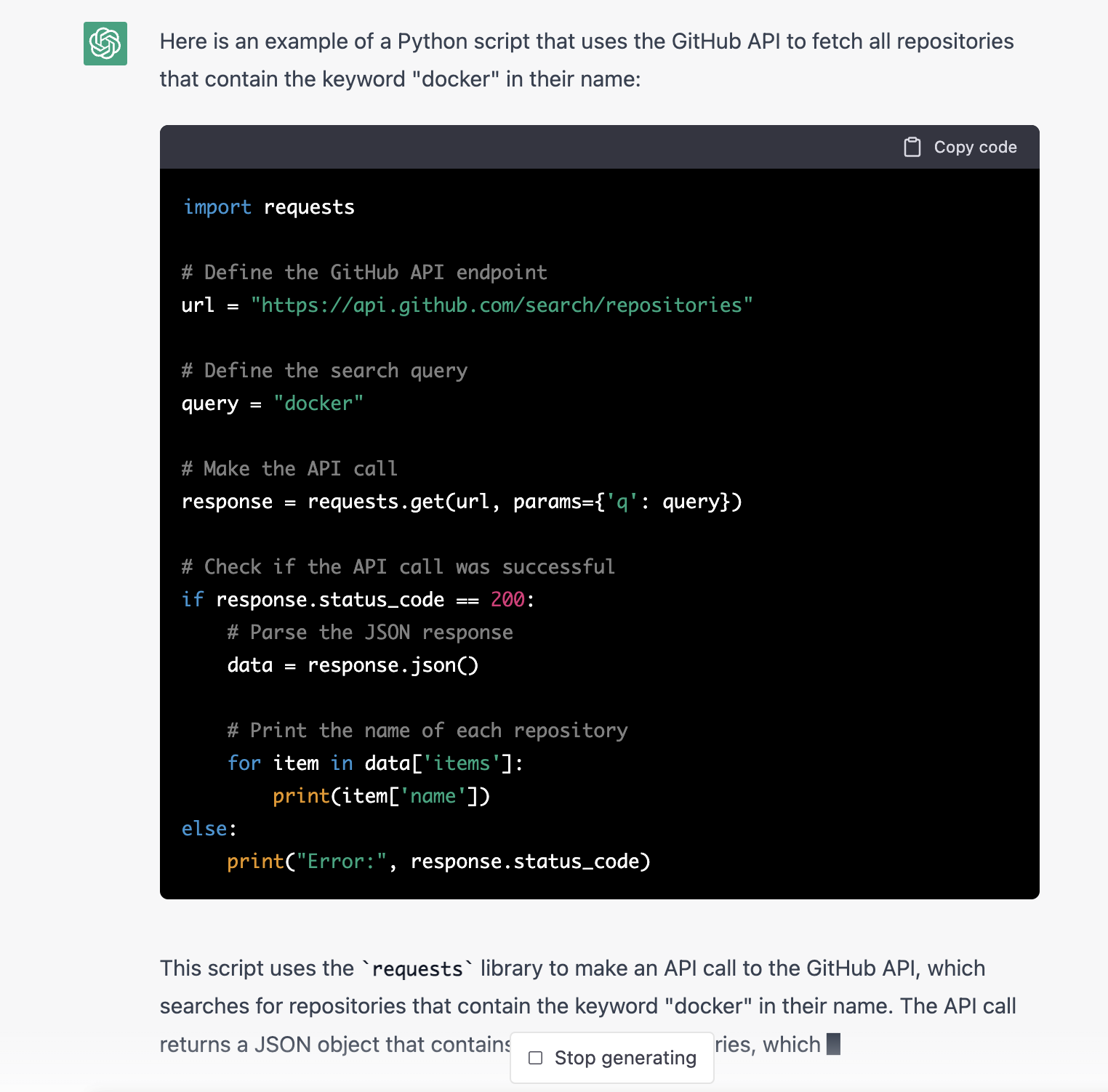 The model uses a technique called attention mechanism, which allows it to selectively focus on certain parts of the input when generating the output. This allows the model to better understand the context of the input and generate more accurate and coherent text.

After training, ChatGPT can be fine-tuned on a smaller dataset with specific task in mind (such as answering questions or generating responses in a conversation) to fine-tune the model to the task at hand.

In summary, ChatGPT uses a transformer model architecture with attention mechanism, it’s trained on a large dataset of text using unsupervised learning and fine-tuned on specific task to improve its performance.

ChatGPT is a powerful language model for several reasons:

All of these features combined make ChatGPT a very powerful language model that is well-suited for a wide range of natural language processing tasks.

Where is Chat GPT hosted?

ChatGPT is hosted by OpenAI and is accessible through their API. The API allows developers to send requests to the model and receive the generated text in response. The API is hosted on OpenAI’s servers, which are located in different geographic regions to ensure low latency and high availability.

The API can be accessed through a simple RESTful interface, and it can be used in a wide range of programming languages and frameworks, including Python, JavaScript, Java, C#, and many more. It also supports multiple protocols such as HTTP and gRPC.

Additionally, OpenAI offers a GPT-3 playground where users can test the model and generate text through the browser, which is accessible from the OpenAI website.

In summary, ChatGPT is hosted by OpenAI and is accessible through their API, it is hosted on OpenAI’s servers and can be accessed from any platform that supports the API.

In order to test drive how OpenAI actually works, I forked the Pet name generator app repository and tried to create my own version of Dockerized solution. First, I tried to bring up the app without using Docker just to ensure that it works on my local machine.

2. Navigate into the project directory

4. Make a copy of the example environment variables file

Add your API key to the newly created .env file

You should now be able to access the app at http://localhost:3000!

Let us try to run the Pet Name Generator app in a Docker container. To do this, you will need to install Docker locally in your system. I recommend using Docker Desktop which is free of cost for personal usage.

Create a Dockerfile: In your project directory, create a file called Dockerfile and add the following content to it:

This Dockerfile specifies the base image (node:14) to use for the Docker container and installs the OpenAI API client. It also copies the app code to the container and sets the working directory to the app code.